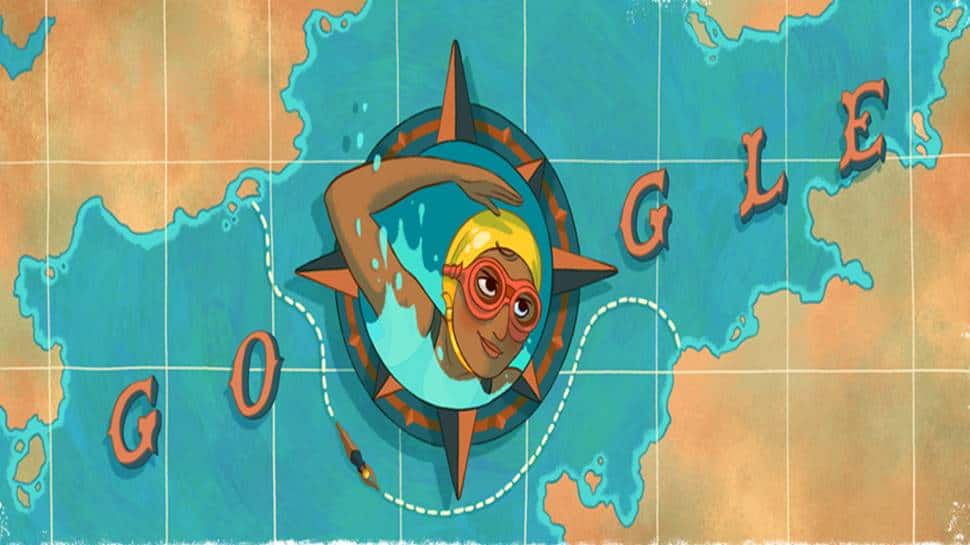 Arati Saha was born in Kolkata on September 24, 1940 to a middle-class Bengali Hindu family. She is best known as the first Asian woman to swim across the English Channel on September 29, 1959. A feat which considered to be the swimming equivalent of climbing Mount Everest.

Arati Saha covered a breathtaking 42 miles from Cape Gris Nez, France to Sandgate, England (a route depicted in today's Doodle) to become the first Asian woman to swim across the English Channel.

She learned to swim at the age of four on the banks of the Hooghly River, and her skills in water soon attracted the mentorship of one of India’s top competitive swimmers, Sachin Nag. Under his tutelege, Saha won her first swimming gold medal when she was only five.

A record-setting prodigy by just 11 years old, Saha became the youngest member (and one of only four women) on the first team to represent the newly independent India in the 1952 Summer Olympics in Helsinki, Finland.

At the age of 18, Saha made her first attempt to cross the English Channel, and though it was unsuccessful, she never gave up. Just over a month later, she conquered miles of churning waves and currents to complete the journey, a historic victory for women across India.

Saha was honoured with the Padma Shri in 1960 making her the first-ever female recipient of the award.