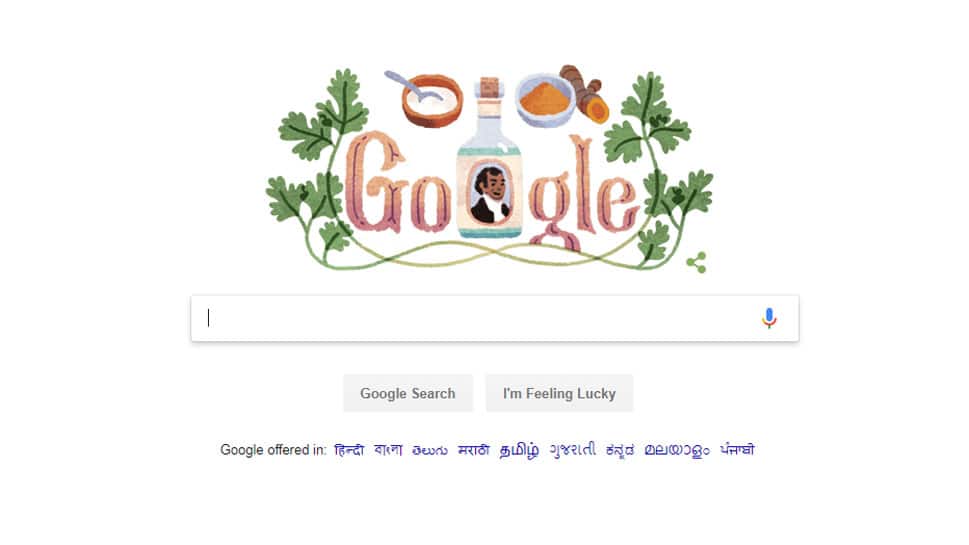 "A man of many talents, Sake Dean Mahomed was an entrepreneur who made a name for himself by building cultural connections between India and England. On this day in 1794, he became the first Indian author to publish a book in English and later, to open an Indian restaurant in England—ushering in what would become one of Great Britain’s most popular cuisines. Mahomed went on to find success as the “The Shampooing Surgeon of Brighton,” opening a spa in the British seaside town that attracted the rich and royal," writes Google.

Mahomed was born 1759 in Bengal Presidency, modern day Patna. His father worked with the East India Company and practised alchemy. At age 10, following the death of his father, Mahomed was then taken under the wing of Captain Godfrey Evan Baker, an Anglo-Irish Protestant officer. He went on to serve as a trainee surgeon in the Army of the British East India Company.

In 1782, after resigning from the Army, he moved to Britain. Eight years later, he opened the first Indian restaurant in Britain.

The Epicure’s Almanack—an early London restaurant guide—hailed Hindostanee Coffee House as a place for nobility to enjoy hookah and Indian dishes of the highest perfection. Mahomed was later forced to close the restaurant in 1812 following financial constraints.

"Moving his family to the beachside town of Brighton, he opened a spa named Mahomed’s Baths offering luxurious herbal steam baths. His specialty was a combination of a steam bath and an Indian therapeutic massage—a treatment he named 'shampooing' inspired by the Hindi word champissage meaning 'a head massage.' He also published a book about the therapeutic benefits of the treatment with testimonials from his patients. In 1822, King George IV appointed Mahomed as his personal ‘shampooing surgeon’, which greatly improved his business. A portrait of Mahomed hangs in the Brighton Museum, commemorating this man who helped merge the cultures of his two homelands," it added.