It was a wild adventure no weed in the world could have promised. 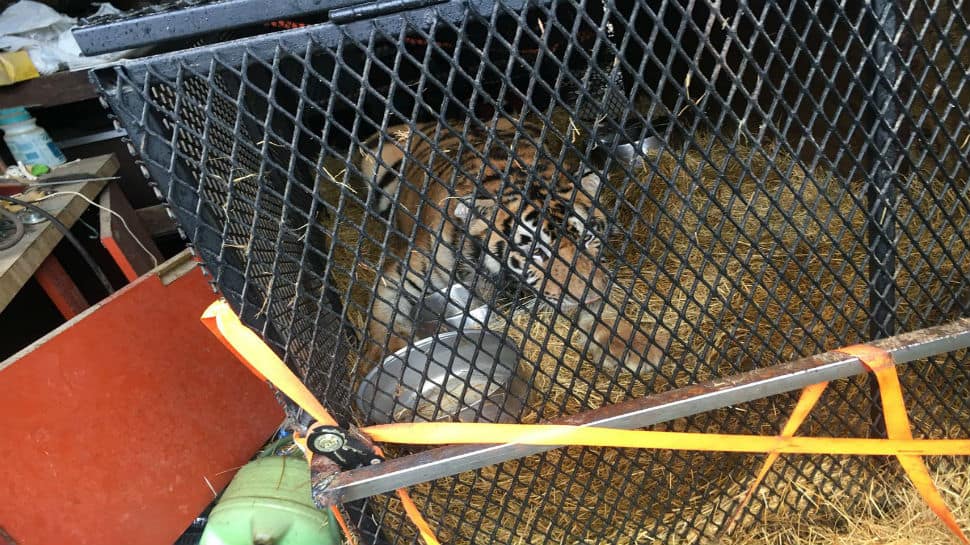 This photo was tweeted by @NewsCameraFish
Share:
Written By:

For a brief moment, they must have thought they are already high. But then, the two Houston men had not lit up their joint when they first spotted a mammoth Tiger inside the abandoned property they had chosen to light up in.

What followed though was nothing short surreal.

Putting it to induced sleep, however, was only half the battle. Then came the question of how to transport it to safety because this was no common Tiger. Some estimates have said that the animal could weigh as much as 300 kilos. Tigers usually weigh 180 to 200 kilos.

A cage, nonetheless, was brought in and the animal moved in it. Soon after it regained consciousness, it was transported to a facility used mostly for dogs, cats and farm animals initially.

This is WILD! 1000lb tiger found inside abandoned SE Houston home. Some pot smokers went in to home to light up and came face to face with him! Called 311. He’s healthy and onto greener pastures soon. The place is TBD. #khou11 #tiger #houston #htx pic.twitter.com/n4JC5MraYn

Local animal rescue authorities have since said that the animal would now be moved to a wildlife sanctuary elsewhere in Texas even as police officials have launched an investigation into who owned the animal and how it came to be inside the abandoned home.

T-Series inches closer to PewDiePie in battle for Youtube supremacy