The couple, who got engaged in 2018, take up several fan questions “from Twitter” in the cute video but dish out very little details. 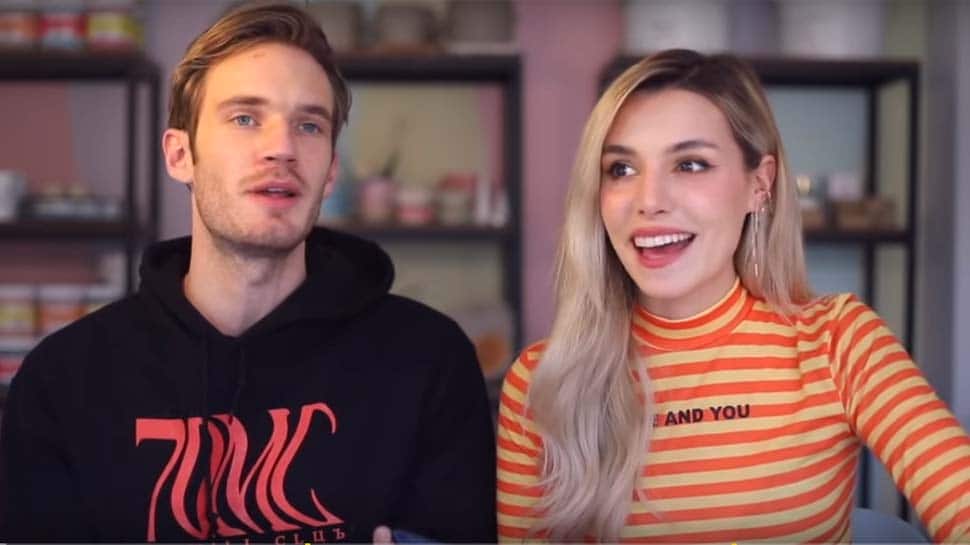 In a pleasant surprise for the fans, Felix 'PewDiePie' Kjellberg and his fiancé Marzia Bisognin made a rare online appearance together, discussing their upcoming nuptials in a 10-minute long video. The video comes amid the Swedish gamer's raging battle with Indian record label T-Series for the battle supremacy on YouTube, which has been going on for eons now.

Marzia, also known as CutiePieMarzia, is a former YouTube personality from Italy. She's also lent her voice in various animated web series. Her channel focused on beauty tips, daily hacks and DIY videos. After spending seven years on the platform, she abruptly discontinued producing videos citing mental health, much to the chagrin of her fans. She's currently designing her own clothing line.

The couple, who got engaged in 2018, take up several fan questions “from Twitter” in the cute video but dish out very little details.

Replying to a question on the wedding venue, Marzia says, ‘We thought about Japan. I really like the idea of eloping and going to Japan.” She later says ‘everything was set’ and Felix adds, ‘We didn’t know what we were getting into. We have decided and it’s a secret… ‘Maybe in Argentina?’

Bisognin had announced on Instagram that Kjellberg proposed to her while on a trip to Yokohama, Japan.

The couple's dog, Edgar and Maya, also made a cameo appearance in the adorable video.

When asked which Youtubers are on the guest list, Marzia says it's a small list. But Felix adds: “If you’re a YouTuber, you're not invited, that means we hate you.”

The pair met in 2011 and started dating soon after. The couple shuffled between Italy and Sweden, before finally settling in the UK.

Fans and trolls have a gala time discussing their wedding in the comments section.

“Plot twist: They're going to get married in India, in front of T-Series headquarters﻿,” said one comment.

“Your child will not know that his dad is a legend of the great youtube war,” said another.

Beard it like Abhinandan: IAF braveheart's stylised moustache becomes talk of the town