The only specialized Zoo across the country boasts of 24 red pandas, the mammal species that are native to the eastern Himalayas and southwestern China and are also listed as Endangered on the IUCN Red List. 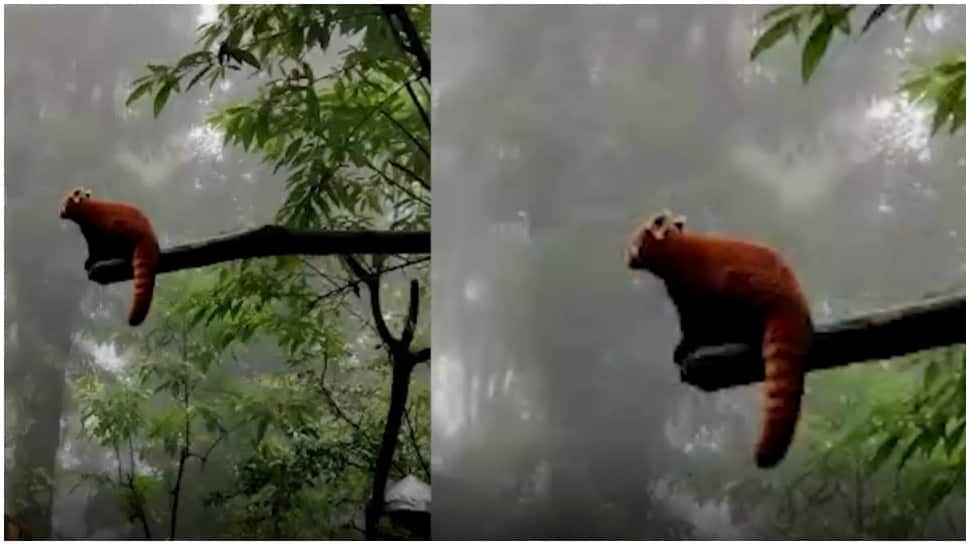 New Delhi: "The greatness of a nation and its moral progress can be judged by the way its animals are treated," said Mahatma Gandhi and the Padmaja Naidu Himalayan Zoological Park in Darjeeling has proved it right because it is internationally known for its conservation breeding programmes of red pandas.

The only specialized Zoo across the country boasts of 24 red pandas, the mammal species that are native to the eastern Himalayas and southwestern China and are also listed as Endangered on the IUCN Red List.

According to a few reports, the red panda's wild population is estimated at fewer than 10,000 mature individuals and is also seeing a sharp decline due to the large scale hunting, trapping and trading, and disturbance, fragmentation and loss of habitat.

In India, a red panda which is a small arboreal animal is found in high altitude forests across Sikkim, Darjeeling Hills and Arunachal Pradesh.

There are at least two parks namely the Singalila National Park and the Neora Valley National Park that still have wild red panda populations in Darjeeling hills.

As per reports, the Padmaja Naidu Himalayan Zoological Park had the first successful planned breeding of red panda in 1994 when two cubs "Ekta" and "Friend" were born to 'Basant' and 'Amita'. In the last 10 years, there have been a total of 38 births of red pandas in Zoological Park.

If you want to visit the Padmaja Naidu Himalayan Zoological Park, you will have to cover a distance of 85 km from the Bagdogra Airport or you can also reach the location from the New Jalpaiguri Railway Junction.