A tracking collar was fitted on the fox by researchers from the Norwegian Polar Institute in 2017 and she was released into nature as part of a larger study. 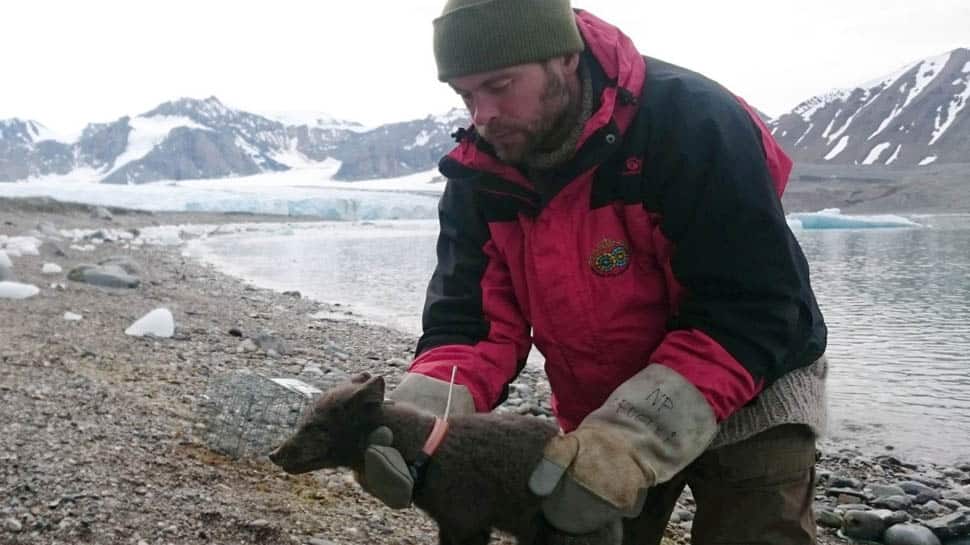 An Arctic Fox, which was not even a year old, left the scientists stunned by managing to travel over 2,700 miles during a short, four-month journey. The fox, also known as a coastal or blue fox, travelled from Spitsbergen, the largest island of the Svalbard Archipelago of Norway, to Ellesmere Island in Nunavut, Canada.  Scientists said that the journey of this young fox is among the longest dispersal events ever recorded by the researchers for the species.

A tracking collar was fitted on the fox by researchers from the Norwegian Polar Institute in 2017 and she was released into nature as part of a larger study to understand the spatial ecology of arctic foxes, according to a report led by researchers Eva Fuglei and Arnaud Tarroux.

National Public Radio reported that the fox stayed along the coastline of western Spitsbergen for many weeks and she took off in the end of March 2018, after she met open water.

The fox left Spitsbergen after finding ice-covered sea for the first time and she arrived in Greenland on April 16, 2018 after covering a distance of about 939 miles in 21 days.

It may be recalled that an adult female arctic fox had set off on a similar journey in 2010. That fox had travelled more than 2,800 miles in total but it covered the distance in 5.5 months.

The report said that by crossing extensive stretches of sea and ice glacier during her journey, the fox highlighted "the exceptional movement capacity of this small-sized carnivore species."

The average traveling speed of the fox kept on changing throughout the trip, touching a mean of about 28 miles per day. Her fastest recorded movement rate was about 96 miles per day and it came when she was crossing the ice sheet in northwestern Greenland. The researchers said that this shows that the fox was using sea ice to help her travel and not as a place to forage for food. "This is, to our knowledge, the fastest movement rate ever recorded for this species," the researchers said, as quoted by NPR.