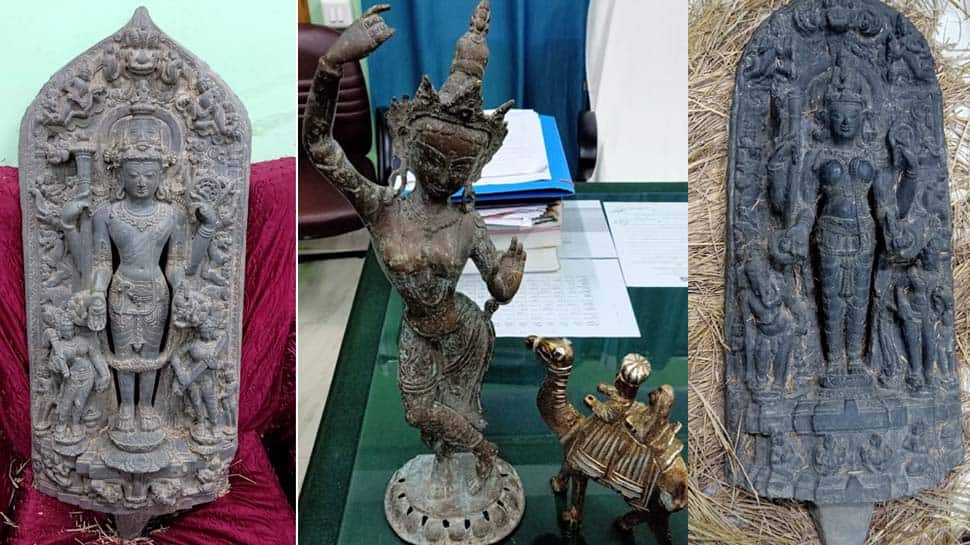 In a major breakthrough, Kolkata Customs, the Commissionerate of Customs (Preventive) made the biggest seizure of antiques in recent times. The agency seized as many as 25 antique idols valued at Rs 35.3 crore.

Of the total 25 seized antique idols, there were seven stone idols of Goddess Parvati, Manasha Devi, Lord Vishnu and Lord Surya, seven Metallic artefacts made of Bronze and Octo Alloy used for casting metallic idols in Hindu and Jain Temples besides other 11 Terracotta idols. All the seized antiques range from 9th Century AD to 16th Century AD.

Custom officials took help from the experts of Akshaya Kumar Maitreya Heritage Museum under the University of North Bengal, Siliguri for the valuation of the antiques after an examination. The experts confirmed that the seized artefacts are valued at Rs 35.3 crore.

The officers of the Commissionerate of Customs (Preventive), West Bengal had earlier also seized seven antique idols having a value of Rs 11 crore in January 2020.