She also urged the Centre to immediately take steps to ensure that people vaccinated with Covaxin are not restricted from travelling to foreign countries. The Trinamool Congress chief claimed that Covaxin has also created problems with neighbouring Bangladesh and Brazil. 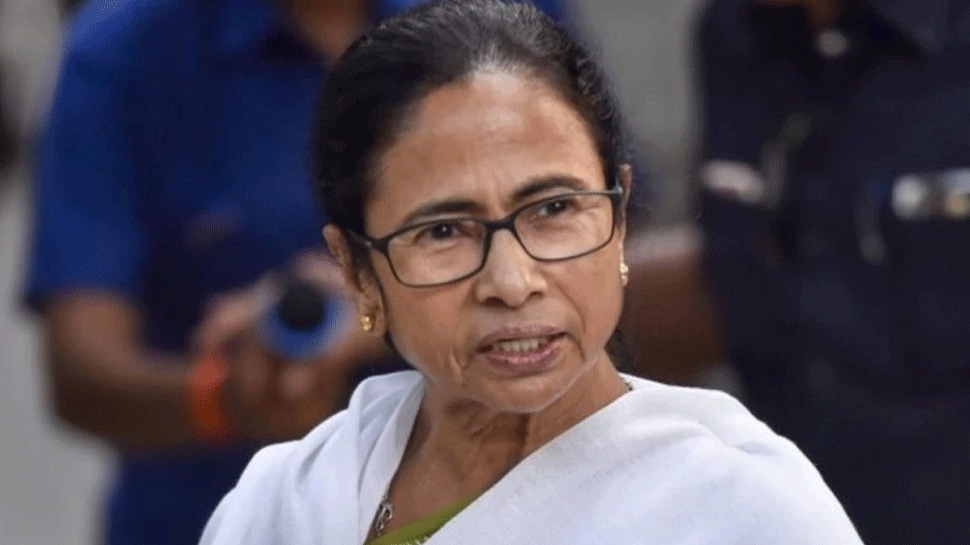 KOLKATA: West Bengal Chief Minister Mamata Banerjee on Thursday wrote a letter to Prime Minister Narendra Modi seeking his urgent intervention regarding the WHO approval for Covaxin, which is still not authorised in several countries.

"I request for your kind intervention so that an early approval is received for COVAXIN from WHO and students do not face any problem. This will also benefit people travelling abroad for job, business, education &any other purpose," the Bengal Chief Minister stated in her letter to the PM.

West Bengal CM Mamata Banerjee writes to PM Modi, "I request for your kind intervention so that an early approval is received for COVAXIN from WHO & students do not face any problem. This will also benefit people traveling abroad for job, business, education &any other purpose" pic.twitter.com/SD6FQvlACj

The TMC supremo also urged the Centre to immediately take steps to ensure that people vaccinated with Covaxin are not restricted from travelling to foreign countries. The Trinamool Congress chief claimed that Covaxin has also created problems with neighbouring Bangladesh and Brazil. 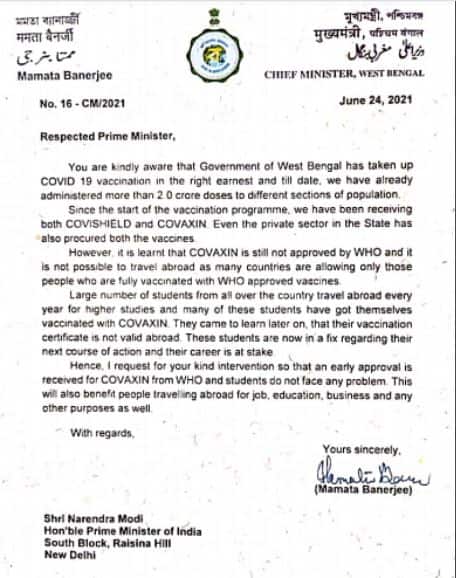 "Covaxin has not been authorised by foreign countries and not accepted there. Several students, aspiring for higher studies abroad, are facing difficulties in travelling because they have taken the Covaxin doses," she mentioned in her letter.

"Covaxin is the brainchild of Prime Minister Narendra Modi and it has even created problems with Brazil and Bangladesh," Banerjee has earlier claimed. The Chief Minister said that those who have taken the Covishield doses are not facing any problem.

"Either immediately get Covaxin authenticated by the World Health Organisation (WHO) or take other steps so that Covaxin is accepted globally," she said. Banerjee had earlier directed Chief Secretary HK Dwidevi to write to the Union Health Secretary and Cabinet Secretary regarding the matter.

She said that her government procured and provided Covishield doses to the people of the state. Most of the countries are seeking complete vaccination certificates from visitors to allow them entry.

Banerjee also took on the Centre, pointing out the gap between PM's announcement of the universal vaccination programme and the implementation of it on June 21.

"Fifteen days were lost... Can you imagine! Who is responsible for this? Why will the opposition play with a disease? I think BJP is a big disease for everybody. They cannot digest the people's verdict, nor can they accept people's agitation. Don't you think they should be ashamed?" she said.

On Wednesday, the  TMC chief slammed BJP national president JP Nadda for alleging that the opposition is playing politics with the vaccination process. Banerjee alleged that the BJP-led central government was responsible for the second wave.

"They did not give vaccines to West Bengal properly. However, there are some BJP states that are getting a good number of vaccines. In Gujarat, there are BJP party offices from where vaccines are being distributed," she claimed.