Mukul Roy quits BJP, returns to TMC, says 'happy that I am back home' 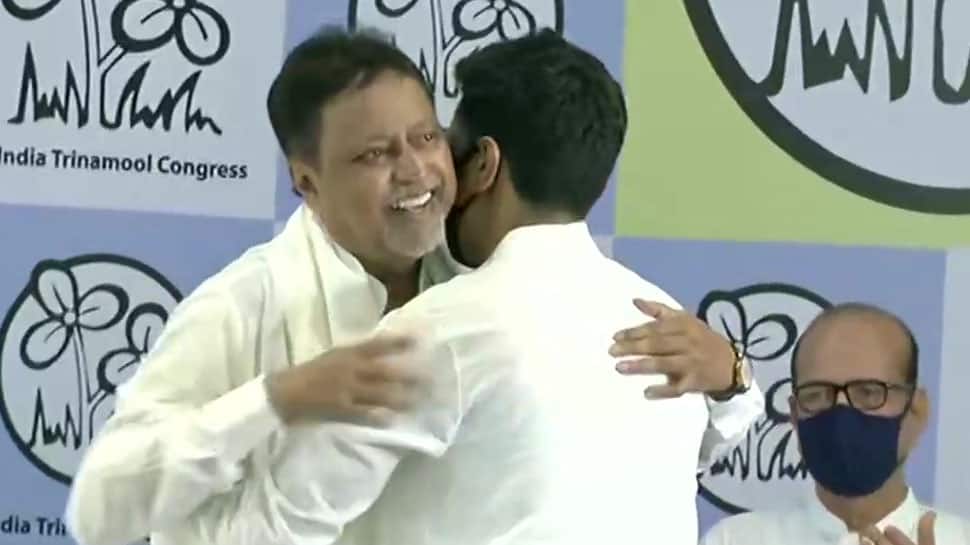 NEW DELHI: In a big setback to the BJP, its national vice president Mukul Roy and his son Subhranshu Roy rejoined the Trinamool Congress (TMC) in the presence of West Bengal Chief Minister Mamata Banerjee in Kolkata on Friday.

Welcoming him to the party, the TMC supremo said, "Mukul Roy is our son, he has returned home." "We welcome Mukul Roy. He will play an important role in the party," West Bengal CM and TMC chief Mamata Banerjee added.

"Those who criticized the party, betrayed the party before elections for BJP, for money, we will not consider them," Mamata Banerjee said on being asked if more people will be joining TMC.

Attacking the BJP, Mamata said, "Mukul's return proves that the BJP does not let anyone in peace and puts undue pressure on everyone."

Speaking on his turn, Mukul Roy said that he never had any differences with Mamata Didi and felt like coming back home. "Bengal wants to return to its own position. We want her (Mamata) to lead us,'' Roy said.

“I could not continue in BJP, I will never do it again,” he said. “I will explain the reasons in a written statement soon. I want to be with the leader who took Bengal forward. In the present political situation, not many people will be able to continue in BJP,” Roy told reporters.

Both Mamata Banerjee and Mukul Roy had earlier reached the Trinamool Congress headquarters and held a closed-door discussion, triggering intense speculations about the saffron party leader's possible return to the ruling party in the state.

Other senior party leaders, including minister Subrata Mukherjee, were also present at the Trinamool Bhavan off the Eastern Metropolitan Bypass. Roy, the former second-in-command of the TMC who joined the saffron party in November 2017, has been distancing himself from the BJP for the last several days.

It is being said that Roy was apparently miffed at being sidelined in the BJP due to the growing popularity of Suvendu Adhikari, who had defeated Mamata Banerjee in the prestigious electoral battle in Nandigram by a narrow margin of about 1,200 votes.

Once a confidant of Mamata Banerjee and one of the founding members of the TMC in 1998, Roy had joined the BJP in 2017. After the recent assembly elections, Suvendu Adhikari was made Leader of Opposition (LOP) in the West Bengal Assembly. Suvendu's elevation added fuel to the fire and this possibly led to a widening rift between Roy and the BJP, the sources said.

Speculation had been rife about Roy's possible homecoming after Mamata Banerjee's nephew and TMC MP Abhishek recently visited his wife at a city hospital.