No pandal hopping for Durga Puja revellers: Calcutta High Court orders pandals to be made into ‘no entry’ zones

The court’s direction will be applicable for all 34,000 Durga puja pandals in the state. 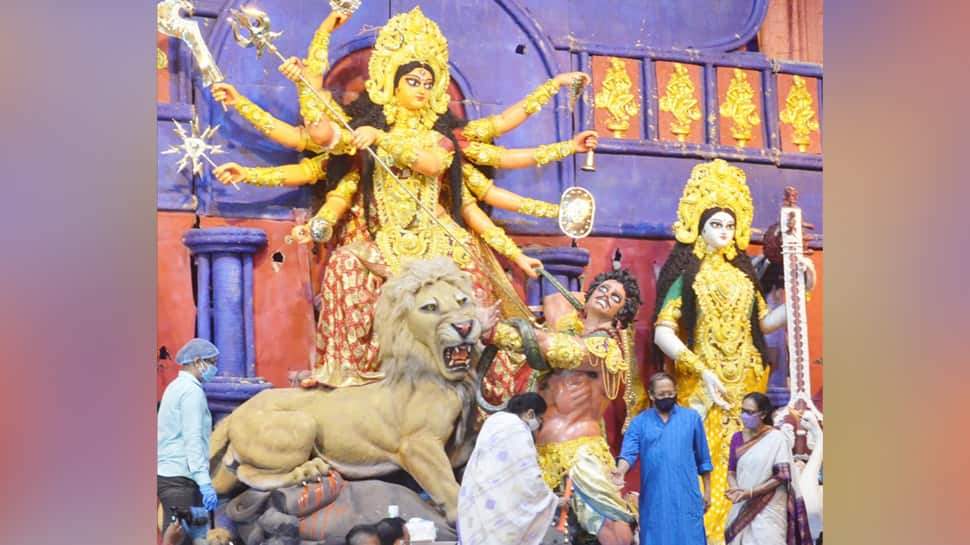 At a time when people of West Bengal were preparing for the festivities with just a few days to go for Durga puja, the Calcutta High Court while hearing a PIL ordered on Monday - all puja pandals to be made into ‘no entry’ zones.

This apart, the court also restricted the number of puja committee members moving in and out of the pandal for rituals and other work related to the pandal.

“For smaller pujas, 15 committee members and 25 members for the bigger pujas will be permitted to enter the pandal. Names have to be identified earlier and displayed outside the pandal. It has to be one fixed list and not a floating one,” said the court.

Interestingly, the state government sought a stay on the court’s order which was immediately declined by the division bench of Justice Sanjib Banerjee and Justice Arijit Banerjee.

The PIL was filed by advocate Sabyasachi Chatterjee.