Tajinder Bagga hits back at Derek O'Brien, says nobody takes him seriously

Bagga had tweeted that he was arrested by the Bengal Police at around 2 am on Wednesday following the Kolkata violence. 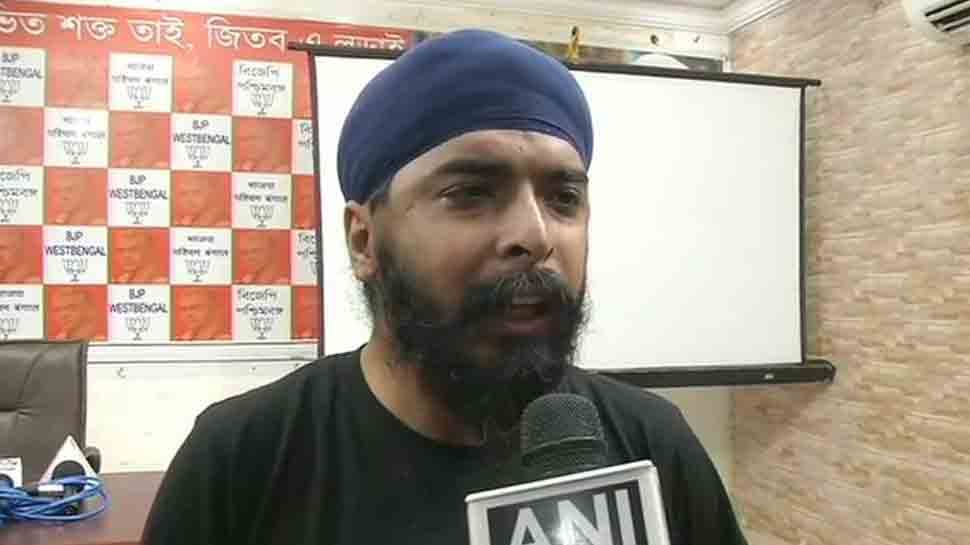 Kolkata: BJP spokesperson Tajinder Pal Singh Bagga, who was detained by West Bengal Police hours after clashes broke out in Kolkata on Tuesday, hit back at allegations made by Trinamool Congress spokesperson Derek O'Brien saying nobody takes the latter seriously.

Bagga added that he would quit politics if the allegations made by the Trinamool Congress against him are proved. "No one takes Derek O'Brien seriously. I challenge him to prove that I was within 500 metres of the spot where violence broke out, I will leave politics. However, he should leave politics if he fails to prove the charge," he said.

Earlier in the day, O'Brien had accused BJP president Amit Shah of bringing in outsiders for the clashes during the latter's roadshow in the city on Tuesday. "Anybody can come and do a procession, but what were the outsiders... Who is this fellow Tajinder Bagga? Who is he? He was arrested, is he not the same guy who slapped somebody in Delhi? You have taken in your outsider goons," he told reporters.

Bagga had tweeted that the door of his hotel room was broken and he was arrested at around 2 am on Wednesday.

On Tuesday, supporters of BJP and Trinamool Congress clashed with each other on the streets of Kolkata during a massive road show of Amit Shah. Later, at a press conference, Shah claimed that he was forced to cut short the jamboree and had to be escorted to safety by the police.

The BJP today urged the Election Commission to bar Mamata from campaigning for the last and final phase of the ongoing Lok Sabha elections, alleging a breakdown of constitutional machinery in the state.