The bridge was being constructed on Kallaginni river at Kakdwip in South 24 Parganas district. 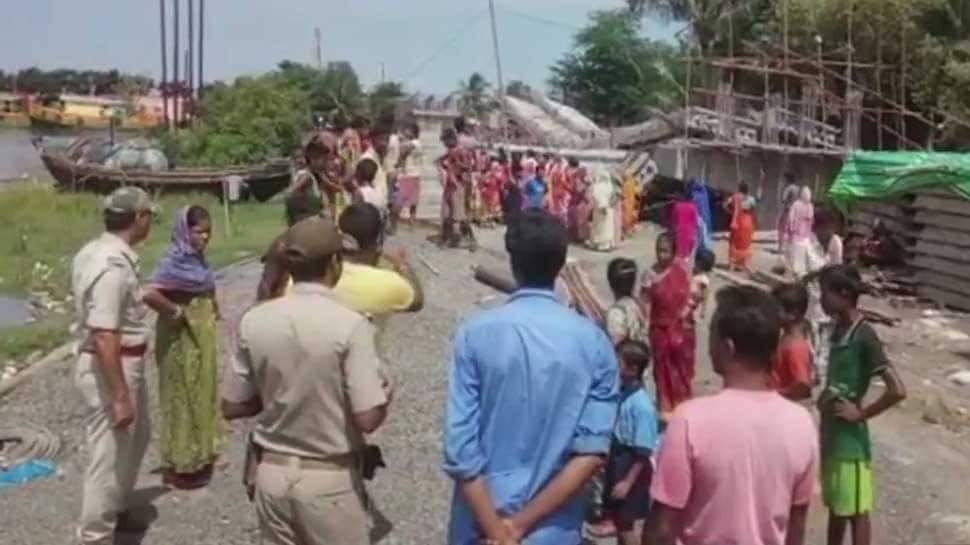 Kolkata: A portion of an under-construction bridge collapsed in West Bengal on Monday. The incident took place in Kakdwip.

The bridge was being constructed on Kallaginni river at Kakdwip in South 24 Parganas district.

#WestBengal: An under-construction bridge collapsed on Kalnagini river at Kakdwip in South 24 Parganas district. No injuries reported till now. pic.twitter.com/7PDm3xJsJ6

No injuries have been reported so far. "There has been no report of any casualty," South 24 Parganas district magistrate Y Ratnakara Rao said.

"The incident happened on Monday morning. We are waiting for further details," the district magistrate said.

A team has been rushed to the spot to look into the incident, he said.

This is the third incident of a bridge collapse in the state in September.

On September 7, an old bridge had collapsed near Siliguri in north Bengal leaving a truck driver injured.

(WIth inputs from PTI)