Dinesh Trivedi, who had resigned from his Rajya Sabha seat joined the Bharatiya Janata Party (BJP) ahead of polling in the state. The saffron party is held a press conference to announce the same. 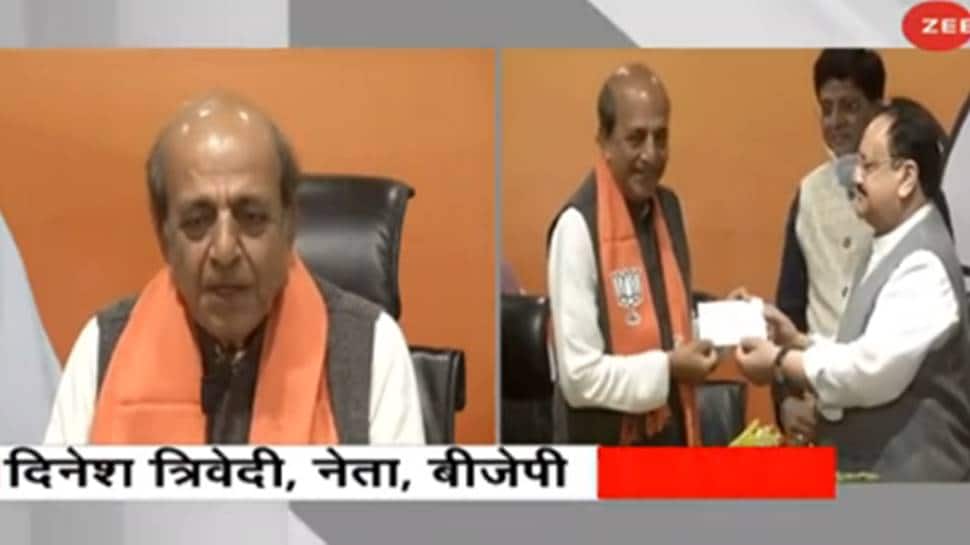 New Delhi: Dinesh Trivedi, who had resigned from his Rajya Sabha seat joined the Bharatiya Janata Party (BJP) ahead of polling in the state. The saffron party is held a press conference to announce the same.

Trivedi had resigned from the Mamata Banerjee led party saying he felt suffocated. He also alleged that the party was "no longer in hands of" its chief Mamata Banerjee.

Dinesh Trivedi's resignation came two days after he had endorsed Prime Minister Modi's speech in Lok Sabha in which he called for a key role in the private sector. He had also applauded the BJP-led Centre saying the country is under the best leadership.

Trivedi, who represented West Bengal in Rajya Sabha for the third time and was a former railway minister, announced his resignation in the house during a debate on the Union Budget, saying he cannot speak about the violence in his state.

Meanwhile, on Friday West Bengal Chief Minister Mamata Banerjee released a list of 291 candidates and announced that she will contest from Nandigram seat. The names included 50 women, 42 Muslim candidates.

Mamata Banerjee told reporters, "We have focussed on young people this time, and 27-28 seats will be given to youngsters," adding "Those above 80 years of age have been dropped in the wake of COVID-19 situation and in view Election Commission norms."

The BJP is likely to release its first list of candidates for West Bengal on March 7 after Prime Minister Narendra Modi’s Brigade Rally in Kolkata.

J&K: Ammunition and explosives recovered from hideout in Reasi district, one arrested