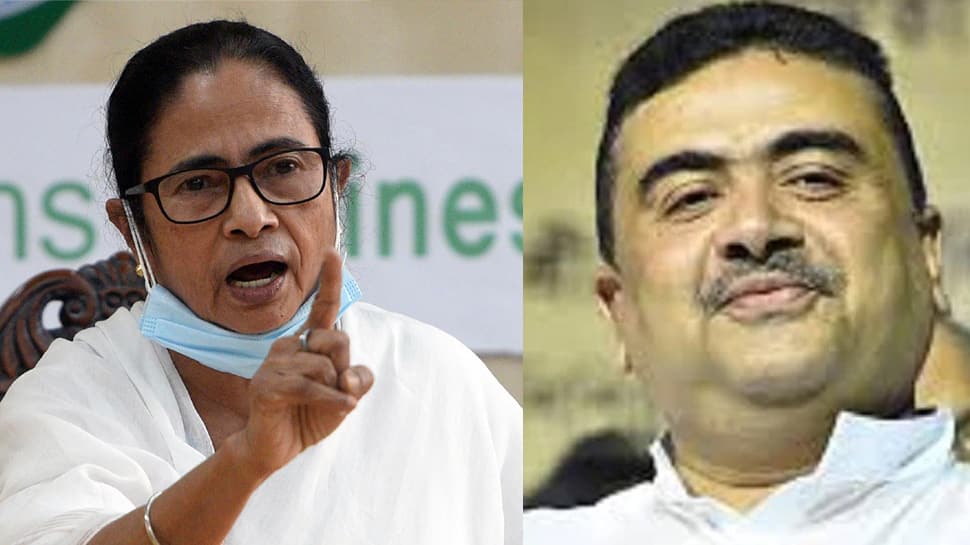 "Let Mamata Banerjee contest from Nandigram. Whoever contests from BJP, but I am giving it in writing, if I fail to defeat Mamata Banerjee by half lakh votes, I will quit politics," stated Adhikari, the former Trinamool Congress leader.

The TMC turncoat, however, said the final decision to field candidates will be taken by the BJP leadership after thorough discussion and not in an arbitrary way like in the ruling TMC. "If I am fielded by my party from Nandigram, I will defeat her by a margin of at least 50,000 votes or I will quit politics," he asserted.

Adhikari, however, said unlike the TMC, which is run "autocratically" by Banerjee and her nephew Abhishek, in BJP the candidates have decided after discussion and it was for the party to take a call on his candidature. "I don't know from where I will be fielded, whether I will be fielded," he said, addressing BJP workers after a three-km roadshow.

He said Banerjee remembers Nandigram only before elections and accused her of giving extension four times to an IPS officer involved in the Nandigram firing. CM Banerjee, Adhikari alleged, was playing with the sentiments of the people of Nandigram. "That will not work this time and her party will be democratically dumped into the Bay of Bengal."

Adhikari claimed not more than 30,000 people, mostly brought from other places, attended Banerjee's meeting at Tekhali in Nandigram on Monday.

While addressing a rally at the assembly constituency on Monday, Banerjee expressed her desire to contest the West Bengal Assembly election from Nandigram seat. Taking a dig at Suvendu Adhikari, who recently left TMC to join the BJP, Banerjee said it was "good some people have left the party". "Some are moving from here to there. They will be fought by our local leaders, don't worry, these guys were not there when the Trinamool Congress was formed. It is good some people have left," she said.

Expressing her support for farmers she said the BJP wants to rob the farmers. "Nandigram showed the way, today farmers in Punjab are agitating (against the farm laws). We are with the farmers...BJP must withdraw the three farm laws," she said.

In December 2020,  TMC rebel leader Suvendu Adhikari tendered his resignation from the West Bengal Legislative Assembly and joined the BJP. Adhikari was the sitting MLA of Nandigram constituency in Purba Medinipur district.