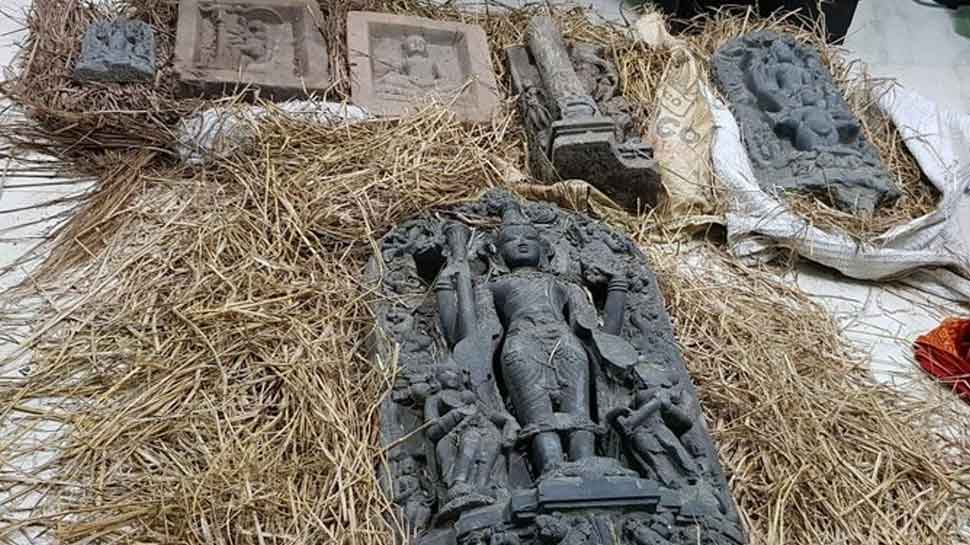 KOLKATA: The West Bengal wing of Commissionerate of Customs (Preventive) recovered six smuggled antique idols worth Rs.11.09 crores. On January 29, acting on a tip-off, officers of Customs tried to intercept one car near Islampur approximately 65 kilometres from Siliguri, on reaching the vehicle, the occupants of the car had already fled but left behind the antique idols.

The antique idols were recovered thereafter and the car was taken into custody. Later, the experts from Akshaya Kumar Maitrya Heritage Museum under the University of North Bengal, Siliguri confirmed that the idols belonged to the antique category and collectively were worth Rs.11.09 crores.

According to the Commissioner of Customs (Land), Rajesh Jindal, they have registered a case and have begun a lookout for the persons who were trying to smuggle out the antique idols. “The antique idols were recovered in Siliguri and were being smuggled to Nepal. The occupants of the car had fled when we intercepted the vehicle. We are investigating the case,” said Jindal.

Another black stone idol of 21 inches is unique with a miniature Garuda pillar with a cavalier on a mangal gat. This pillar symbolizes Vaishnava faith and appears to belong to later Gupta period.

The other two are terracotta slab sculptures, one of Buddha in Badhapadmaasana posture and the other depicts Balaram in his childhood.

The smallest idol found is of Parvati with Ganesh and  Kartikeya carved in black stone.