Giving a controversial statement, UP CM Yogi Adityanath today said that the timing for Muharram procession can be changed but not that of Durga Puja. 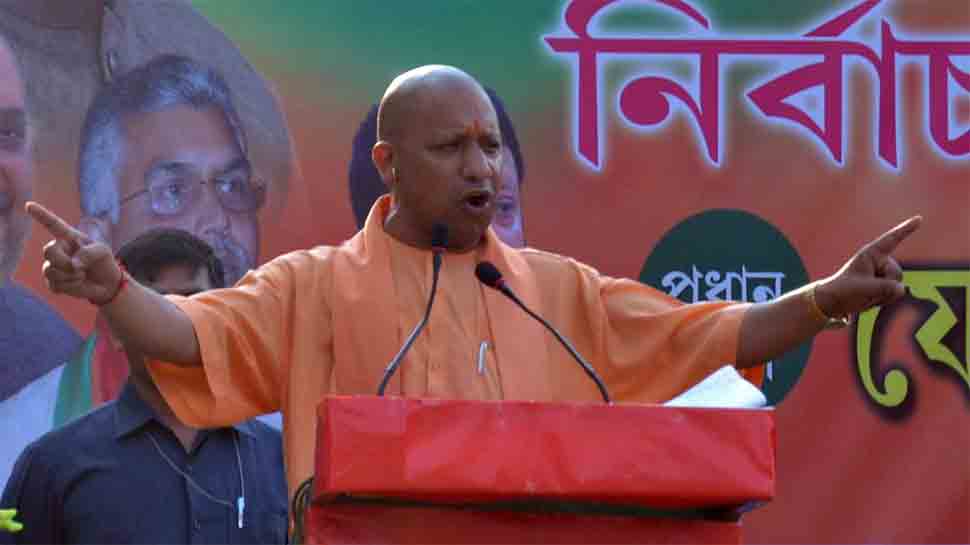 New Delhi: Uttar Pradesh Chief Minister Yogi Adityanath, who has been campaigning heavily for the last leg of the parliamentary elections, on Wednesday raked up the ban imposed by the West Bengal government last year saying, while the whole country observe Durga Puja and Muharram together, as their dates had clashed, only West Bengal government banned the celebration of Durga Puja in the state.

"The whole country, including Uttar Pradesh observe Durga puja and Muharram together. No violence took place in my state as I had given a warning to the people. Why could not Bengal government do the same? TMC government here is very undemocratic. I am sure that after May 23, a nationalist government will be formed and will rule West Bengal," he said.

Earlier today, CM Yogi Adityanath had condemned the attack on BJP chief Amit Shah's rally in Kolkata on Tuesday and requested the President to suspend the West Bengal government immediately citing lack of law and order situation in the state.

"BJP president Amit Shah was undertaking his road show according to the permission granted to him, the barbaric attack on his road show reveals the real situation in West Bengal. The EC should take notice of this government-sponsored attack, we would also request the President to either suspend the state government or put the state under President rule," Adityanath said today.