Afghanistan has asked UNSC to intervene as its appeals to Pakistan have not been heard.

Pakistan's aggressive approach towards its neighbours has long been known and the country has failed to foster good ties with any. Tensions with India have almost always remained high while Iran has time and again warned the country against pushing in terrorists. Now, Afghanistan too has officially complained to the United Nations Security Council against Pakistan's aggression in the border areas.

In a letter written by Adela Raz, the country's ambassador to the United Nations, to the UNSC, Afghanistan has accused Pakistan's military force of violating its territory and of firing 200 rockets into Sheltan district between August 19 and August 20. The letter states that this is only the latest in a string of such aggressions that have been highlighted by Kabul in the past as well. "These violations were in the form of shelling of districts in eastern parts of Afghanistan, construction of military posts and barriers on Afghan territory; and violation of Afghan air-space by Pakistani military aircraft," reads the letter. "The (latest) attacks have resulted in the destruction of residential property and displacement of the local population, which has suffered greatly as a result of the latest violations."

(From the archives: Three-pronged attack on Pakistan - India, Iran and Afghanistan pile on pressure)

The letter goes on to state that the government of Pakistan has chosen to ignore appeals made by Afghanistan. "It should be noted, in that regard, that the issue of violations of Afghan territory by Pakistani military forces has continued despite numerous communications and appeals made to the Government of Pakistan, bilaterally and through other measures, to cease such illegal and provocative activities."

Afghanistan has now asked UNSC to 'take necessary measures and actions to bring about an end to the violations identified.' 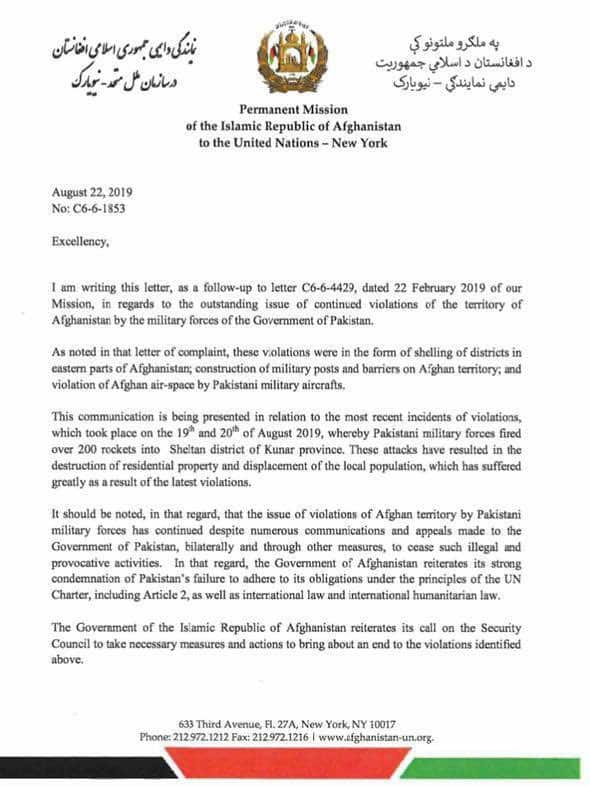 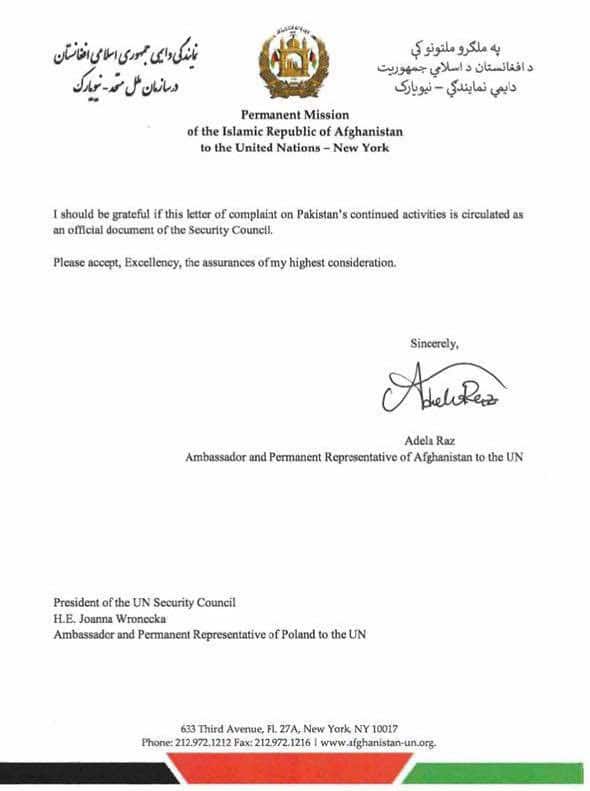 The letter lays bare Pakistan Army's aggressive intentions with the country's neighbours and despite Imran Khan's claims of Pak-Afghan bonhomie, shows that accusations of him being a puppet PM being controlled by the country's army may be credible after all. This is because the Pakistani government, according to Afghanistan, has failed to address the border aggressions.