Local sheriff has confirmed that the gunman - a student - opened fire inside his high school in Texas' Santa Fe, killing at least eight people and injuring several others. 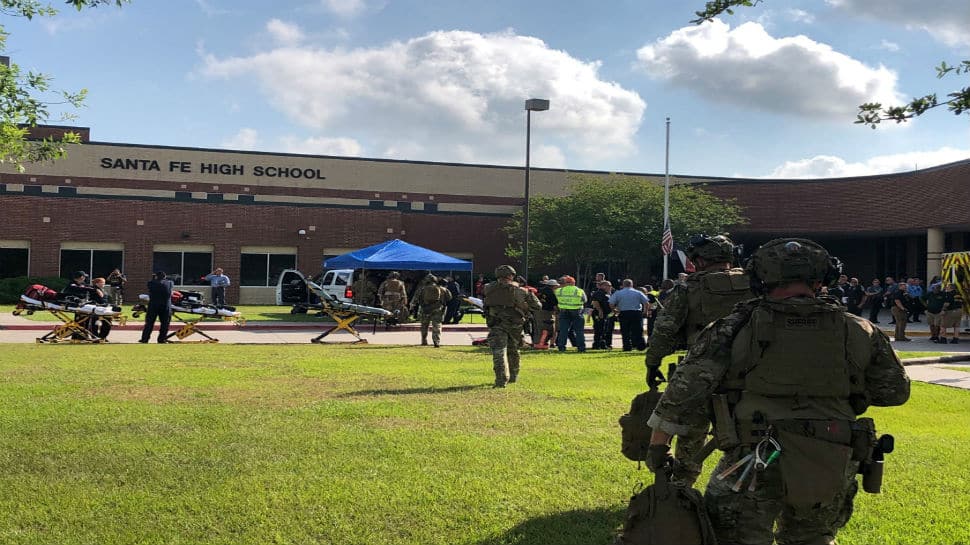 A gunman - reportedly a student - opened fire inside a high school in Texas' Santa Fe, killing at least eight people and injuring several others. While the main suspect has since been arrested, local law enforcement agencies are hunting for a possible second suspect.

CNN reported that the armed student entered an art class on Friday morning (US time) and open fired with a shotgun. Several fellow students received bullet injuries even as alarm bells began ringing immediately after. Quoting eyewitnesses, the report also said that absolute chaos erupted moments after the shots were fired with students emerging from inside other classrooms and attempting to leave the building.

While the injured have been rushed to local hospitals, hunt is on for a second possible suspect. "There is one person, a suspect, in custody and a second possible person of interest that was detained and being questioned," Harris County Sheriff Ed Gonzalez said.

Meanwhile, US President Donald Trump tweeted about the incident.

Trump has been facing flak for not strengthening gun control laws. It has been alleged that organisations like National Rifle Association (NRA) make big political donations to ensure gun control laws remain lenient. Shockingly, some reports say there have been at least one school shooting in the United States every week in 2018 so far. The Friday shooting itself is the third school shooting in the country in just seven days.

At least nine people were taken to area hospitals for treatment, hospital officials said. The conditions of those people was not immediately clear. Gonzalez said a police officer was also being treated for injuries.

Sophomore Leila Butler told the local ABC affiliate that fire alarms went off at about 7:45 a.m. local time (1245 GMT) and students left their classrooms. She said some students believe they heard shots fired, and that she was sheltering with other students and teachers near campus.

A male student, who did not identify himself, described fleeing the scene in an interview with CBS affiliate KHOU.

"Three shots that I heard, so we all took off in the back and I tried to get into the trees, I didn`t want to be in sight. I heard four more shots, and then we jumped the fence to somebody`s house," the student said.

Another sophomore, Dakota Shrader, told Fox 26 TV her 17-year-old girlfriend told her by phone that she was wounded but was recovering in a hospital. "My friend got injured," said an emotional Shrader. "Her leg, she got shot in the leg."

Dr. David Marshall, chief nursing officer at the University of Texas Medical Branch, said that the hospital was treating at least three patients - two adults and one person under 18. He said it was not immediately clear if that child was a student.

Tags:
US shootingTexas shooting
Next
Story