The state Labour and Employment Minister Munnujan Sufian announced the government’s decision of a wage hike in the grades 1, 2, 3, 4, 5, 6 and 7. 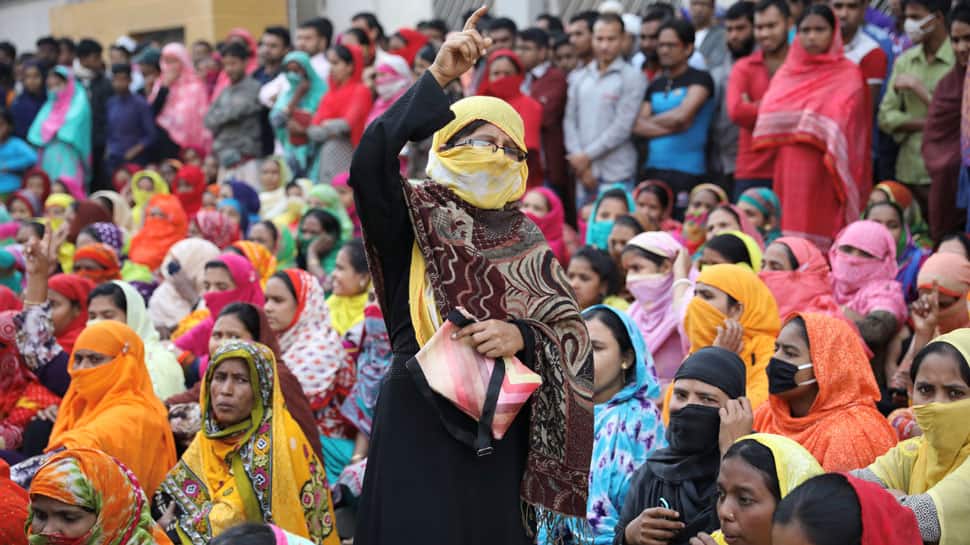 The Bangladesh government on Sunday announced its decision to revise wages for readymade garment workers to end the week-long unrest. The state Labour and Employment Minister Munnujan Sufian announced the government’s decision of a wage hike in the grades 1, 2, 3, 4, 5, 6 and 7.

Sources in the Awami League-led government said, “This decision was announced after Prime Minister Sheikh Hasina intervened to end the unrest and asked the ministers to immediately hike the wages.”

Earlier in the day, the Bangladesh Garment Manufacturers and Exports Association had threatened to shut down all factories if workers did not return to work immediately on Monday.

The country witnessed a week-long violent agitation by the readymade garment workers ever since they began their movement against the government from January 6, demanding a wage hike. While one worker died amidst clashes with the police, over 100 workers were injured in Mirpur, Savar and Ashulia.

On Sunday too, violent clashes broke out at Dhaka’s outskirts in Ashulia between the readymade garment workers and police leaving as many as 20 workers injured.

Agitators had put up a road blockade on the Dhaka-Tangail highway for several hours. The agitators pelted stones at the police when the police in return charged batons, fired tear gas and used water cannons to disperse the agitators.