The moment of the explosion, around 4:25 a.m. CST (1025 GMT), captured on video by a home security camera, showed a blinding flash in the distance followed by a fireball. 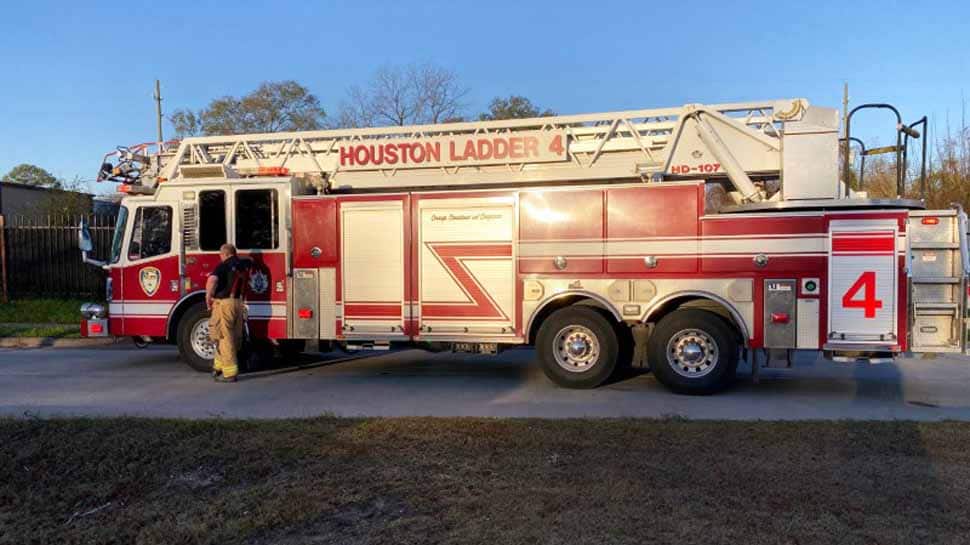 HOUSTON: A massive explosion at a machine shop ripped through a Houston neighbourhood early Friday morning, killing at least two people and damaging homes while sending out blast waves for miles. Aerial video showed the shredded and collapsed wreckage of the Watson Grinding and Manufacturing building smouldering but no longer flaming, along with widespread damage to area homes and businesses.

The moment of the explosion, around 4:25 a.m. CST (1025 GMT), captured on video by a home security camera, showed a blinding flash in the distance followed by a fireball. "We do have confirmed fatalities, in this case, at least two confirmed fatalities," Houston Police Chief Art Acevedo told a press briefing.

Police and fire officials will conduct an arson investigation that could take several weeks, Acevedo said, stressing there was no evidence of foul play. "Having said that, when you have this kind of a type of incident, part of our protocol is to always conduct a criminal investigation," Acevedo said.

Early indications pointed to a leak of some kind at the manufacturing site, which mostly handles propylene gas, Houston Fire Chief Samuel Peña said. A 2,000-gallon tank of propylene gas outside the building had been secured, Peña said. Propylene is a colourless, flammable, liquefied gas with several industrial uses. Firefighters examined nearly 200 homes, many of which were damaged. "Some of them are off the foundation, the ones especially that are closer to the explosion site," he said.

A temporary shelter was established for people left homeless. "I thought it was thunder," said Bruce Meikle, 78, an owner of nearby manufacturer ChemSystems, who heard the explosion from his home about a mile (1.5 km) from the scene. He told Reuters the force of the blast bent back the metal loading doors at his business and caused minor damage inside, he said.

Paul Crea, 59, a chemist who works for Meikle, said the blast woke him 10 miles (16 km) away in Katy, a Houston suburb, and his dogs bellowed at the sound. Harris County Sheriff Ed Gonzalez said the blast was felt as far away as 14 miles (22 km), based on social media reports. The explosion "knocked us all out of our bed, it was so strong," Mark Brady told KPRC television. "It busted out every window in our house. It busted everybody`s garage door in around here. ... It`s a war zone over here." Houston, a major hub for the oil and gas industry, is the fourth largest city in the United States with a population of some 2.3 million.