China, a close ally of Pakistan, has consistently blocked moves first by India and later by the US, the UK and France to designate Azhar as a global terrorist by the 1267 Committee by putting technical holds. 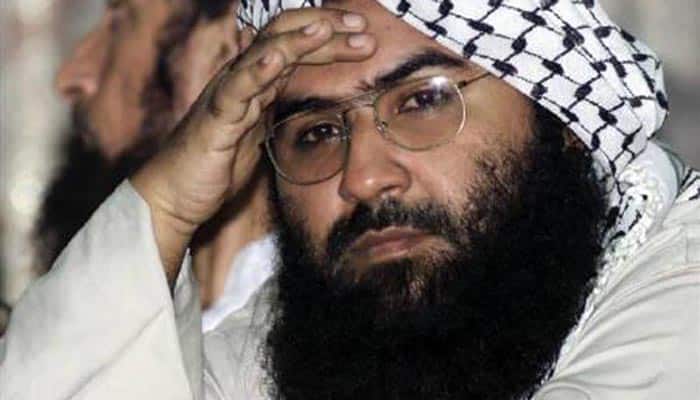 Beijing: China Thursday appeared non-committal about its stand on a fresh proposal moved by the US, the UK and France in the UN Security Council to designate Pakistan-based terror group JeM's chief Masood Azhar as a global terrorist.

China, a close ally of Pakistan, has consistently blocked moves first by India and later by the US, the UK and France to designate Azhar as a global terrorist by the 1267 Committee by putting technical holds.

"As we have said on many occasions, the 1267 committee of the UN Security Council has clear norms on the listing of terrorist organisations or individuals and relevant procedures," he said.

China will continue to take a responsible attitude and participate in the discussions of the Security Council's relevant sanctions committees and other subsidiary bodies, he said.

Beijing's constant blocking of the move has become a major issue of discord between India and China.

China's approach this time is closely watched in view of the transformation of India-China relations after last year's Wuhan summit between Prime Minister Narendra Modi and Chinese President Xi Jinping.

China has taken a more guarded approach since the Pulwama terror attack claimed by Pakistan-based JeM which killed 40 CRPF soldiers.

Beijing backed the recent strong statement issued by the UN Security Council condemning JeM for the attack. It is to be seen what stand China would take this time about the listing of Azhar as a global terrorist.

Such a designation of Azhar by the UN's top organ could be seen as a major setback for Pakistan as it had opposed it all along.

Qureshi made an "urgent" phone call to Wang on Thursday to update him about the tensions between Pakistan and India, Chinese Foreign Ministry said on Thursday.

During the phone call, Wang briefed Qureshi on China's efforts to promote peace talks and reiterated his hope that Pakistan and India would exercise restraint and "earnestly fulfil" their commitment to prevent the escalation of the situation, the ministry said in a statement.

Qureshi's phone call came as tensions between India and Pakistan rose Wednesday after Pakistan claimed it shot down two Indian fighter jets over Pakistani air space and arrested a pilot in response to Indian counter-terrorism in Balakot.

Qureshi made the phone call after Wang held extensive talks with Swaraj on Wednesday on the sidelines of the Russia, India, China (RIC) Foreign Ministers meeting in the Chinese city of Wuzhen.

Wang told Qureshi that China will continue to play a "constructive role" in easing the current tension.

"Wang also stressed that the sovereignty and territorial integrity of all countries should be truly respected. China does not want to see any behaviour that goes against the norms governing international relations," it said.

Briefing the media after the RIC Ministers talks, Wang said, "We agreed to jointly combat all forms terrorism through closer policy coordination and practical cooperation. Especially important is to eradicate the breeding grounds of terrorism and extremism".

But at the same time Wang tried to cautiously tread a fine line, highlighting that Pakistan, which is its close ally, is also opposed to terrorism.

"China, Russia and India have reaffirmed our strong opposition to terrorism in various forms and manifestations. At the same time, we believe that Pakistan has always been opposed to terrorism," he said at the joint press conference with Swaraj and Russian Foreign Minister Sergei Lavrov.

Elaborating on China's stand, Wang said, "on the recent developments between India and Pakistan, China appreciates the statements from Indian and Pakistani friends saying that they will exercise (restraint) and avoid escalation of the situation".

He said China for its part was playing a "constructive role as a mutual friend".

Separately China's military on Thursday said it was "closely watching" the escalating tensions between India and Pakistan and called for restraint by both the neighbours.

Terming India and Pakistan as "friends of China", it also said both the countries should resolve the issue through dialogue and properly handle the differences to prevent further escalation of tensions.

"We have noted the latest developments and we are closely watching the situation," Chinese Defence Ministry spokesman Senior Col Ren Guochang told reporters here when asked about the prevailing tensions between India and Pakistan.