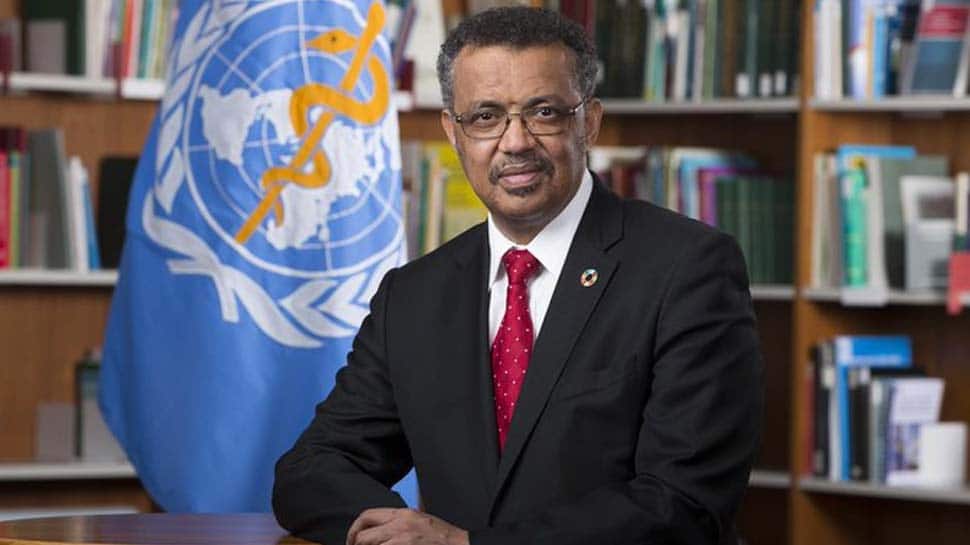 The raging coronavirus COVID-19 pandemic has the potential to worsen further if all nations do not adhere to basic healthcare precautions, the World Health Organization (WHO) warned on Monday.

"Let me be blunt, too many countries are headed in the wrong direction. The virus remains public enemy number one, but the actions of many governments and people do not reflect this. The only aim of the virus is to find people to infect. Mixed messages from leaders are undermining the most critical ingredient of any response: trust," Director-General Tedros Adhanom Ghebreyesus told a virtual briefing from WHO headquarters in Geneva.

"If governments do not clearly communicate with their citizens and roll out a comprehensive strategy focused on suppressing transmission and saving lives; If populations do not follow the basic public health principles of physical distancing, hand washing, wearing masks, coughing etiquette and staying at home when sick; If the basics aren’t followed, there is only one way this pandemic is going to go. It’s going to get worse and worse and worse," added Tedros.

He further added, "It does not have to be this way. Every single leader, every single government and every single person can do their bit to break chains of transmission and end the collective suffering. I am not saying it’s easy; it’s clearly not. While it’s too soon to assess the full impact of COVID-19, the report estimates that 130 million more people may face chronic hunger by the end of this year. There are no shortcuts out of this pandemic. We all hope there will be an effective vaccine, but we need to focus on using the tools we have now to suppress transmission and save lives."

Infections rose to 12,945,828 across the world on Monday, climbing by one million in just five days in a pandemic that has killed more than half a million people.

He said that all countries are at risk of the virus, as you know, but not all countries have been affected in the same way. "There are roughly four situations playing out across the world at the moment. The first situation is countries that were alert and aware – they prepared and responded rapidly and effectively to the first cases."

"As a result, they have so far avoided large outbreaks. Several countries in the Mekong region, the Pacific, the Caribbean and Africa fit into that category. Leaders of those countries took command of the emergency and communicated effectively with their populations about the measures that had to be taken. They pursued a comprehensive strategy to find, isolate, test and care for cases, and to trace and quarantine contacts, and were able to suppress the virus," he added.

"The second situation is countries in which there was a major outbreak that was brought under control through a combination of strong leadership and populations adhering to key public health measures. Many countries in Europe and elsewhere have demonstrated that it is possible to bring large outbreaks under control," he also added.

"In both of these first two situations, where countries have effectively suppressed the virus, leaders are opening up their societies on a data-driven, step-by-step basis, with a comprehensive public health approach, backed by a strong health workforce and community buy-in," he further added.

"The third situation we’re seeing is countries that overcame the first peak of the outbreak, but having eased restrictions, are now struggling with new peaks and accelerating cases. In several countries across the world, we are now seeing dangerous increases in cases, and hospital wards filling up again. It would appear that many countries are losing gains made as proven measures to reduce risk are not implemented or followed," Tedros also said.

"The fourth situation is those countries that are in the intense transmission phase of their outbreak. We’re seeing this across the Americas, South Asia, and several countries in Africa. The epicentre of the virus remains in the Americas, where more than 50% of the world’s cases have been recorded. But we know from the first two situations that it’s never too late to bring the virus under control, even if there’s been explosive transmission," Tedros also added.

"In some cities and regions where transmission is intense, severe restrictions have been reinstated to bring the outbreak under control. WHO is committed to working with all countries and all people to suppress transmission, reduce mortality, support communities to protect themselves and others, and support strong government leadership and coordination," he also said.

Tedros said, "I want to be straight with you: there will be no return to the “old normal” for the foreseeable future. But there is a roadmap to a situation where we can control the disease and get on with our lives. But this is going to require three things: First, a focus on reducing mortality and suppressing transmission. Second, an empowered, engaged community that takes individual behaviour measures in the interest of each other. And third, we need strong government leadership and coordination of comprehensive strategies that are communicated clearly and consistently."

"It can be done. It must be done. I have said it before and I will keep saying it. No matter where a country is in its epidemic curve, it is never too late to take decisive action. Implement the basics and work with community leaders and all stakeholders to deliver clear public health messages. We weren’t prepared collectively, but we must use all the tools we have to bring this pandemic under control. And we need to do it right now. Together, we must accelerate the science as quickly as possible, find joint solutions to COVID-19 and through solidarity build a cohesive global response," he added.

United States set to carry out first federal execution of prisoner in 17 years, fourth after 1963