The President`s warm and greeting gesture of coming all the way from Washington and sitting throughout the Prime Minister`s speech and then the victory lap of the stadium, hand in hand, with the visiting dignitary, showed his personal commitment to India-USA ties. 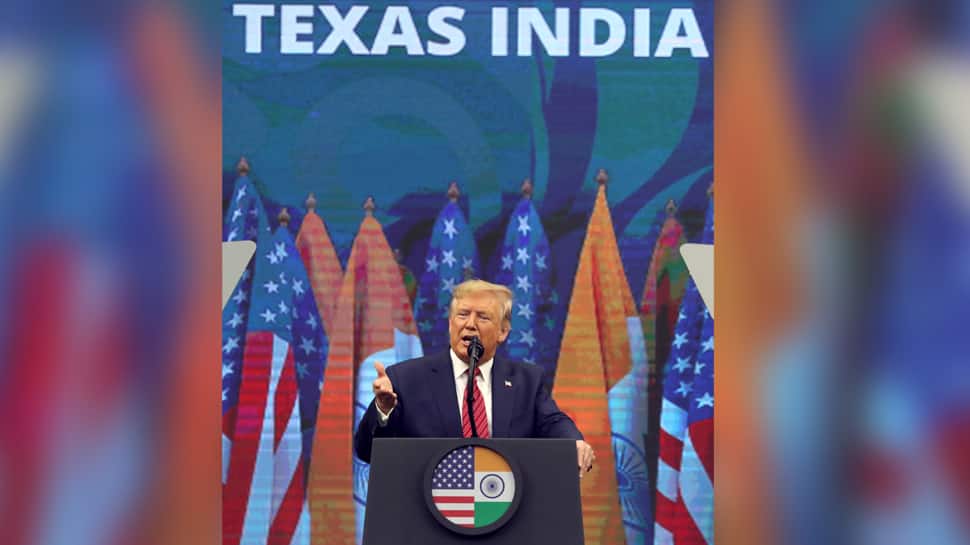 In a magnificent show of unity, friendship, and vision, Prime Minister Narendra Modi and US President Donald Trump on Sunday shared the stage at the 'Howdy, Modi' event at Houston, Texas. The two leaders echoed similar sentiments on various issues, including terrorism, trade and defence.

Trump took another step that reflected the importance of India to the US President. During his address, Trump, after a long time, did not use his official podium, instead, he was using one that had the flags of India and the US.

This illustrated the importance that the US President accords to India and welcoming gesture towards the contributions of the Indian Diaspora in the United States. The President`s warm and greeting gesture of coming all the way from Washington and sitting throughout the Prime Minister`s speech and then the victory lap of the stadium, hand in hand, with the visiting dignitary, showed his personal commitment to India-USA ties.

Notably, the friendship between Modi and Trump was on full display at the event. In a never-seen-before display of camaraderie, the two leaders held hands and took a lap around the NRG Stadium after the two leaders addressed the event.

PM Modi introduced President Trump as a "great American president", who from being a "CEO to Commander in chief, from board rooms to oval office, from studios to global stage" left a "deep and lasting impact everywhere".

Referring to Trump's slogan "make America great again", Prime Minister Modi said that the US President has achieved much for the United States. He added that India has connected well with President Trump and endorsed the latter by saying "Abki Baar, Trump Sakar". Remember the US goes to elections next year and this will be seen as an important endorsement of Trump presidency by a visiting foreign leader.

"From Houston to Hyderabad, from Boston to Bengaluru, from Chicago to Shimla, from Los Angeles to Ludhiana, from New Jersey to New Delhi – hundreds of millions are glued, as they witness history in Making", said the Prime Minister, adding that "it’s a new history and new chemistry and evidence of synergy" between the two countries.

Calling PM Modi "one of America’s most devoted and most loyal friend" US President Trump said, "Prime Minister Modi of India is doing a truly exceptional job for India and all of the Indian people"