Donald Trump impeachment: What will the US House do next, how will it impact outgoing US president

President Donald Trump has become the  first American president to be impeached twice just days before the end of his presidential tenure. 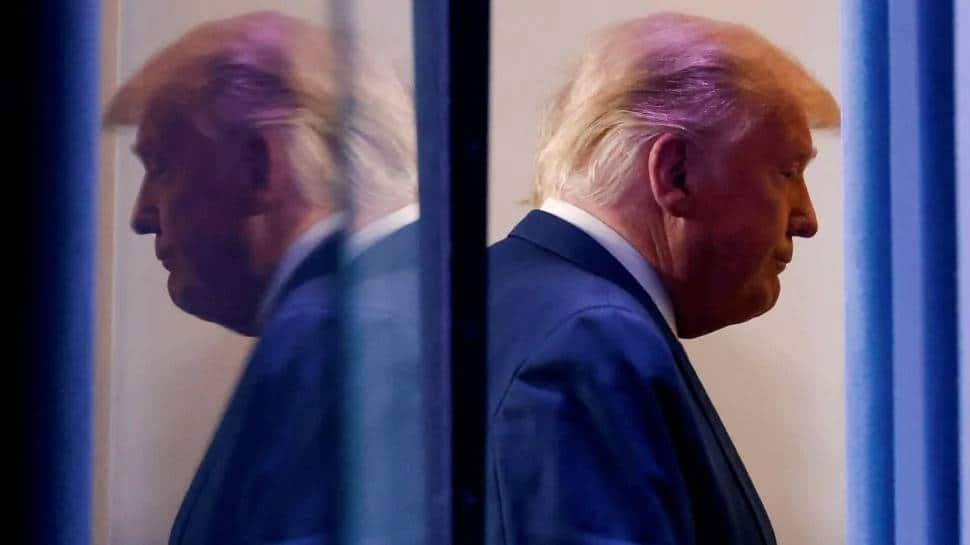 New Delhi: President Donald Trump has become the first American president to be impeached twice, the second time comes just days before the end of his presidential tenure.

Trump has been charged of inciting a mob of pro-Trump supporters which led to the storming of the Capitol while the House was in session. The mob went on a rampage and caused some structural damage to the Capitol, it also resulted in the death of five people including a police officer.

In the House, Democrats and 10 Republicans voted to impeach Trump on the charge of inciting violence, though the Senate will not begin a trial until next Tuesday, which is incidentally the day before Democrat Joe Biden is sworn into office.

It is also unclear how the trial will proceed and if any Senate Republicans will vote to convict Trump. Even though the trial won't happen until Trump is already out of office, it could still have the effect of preventing him from running for presidency in 2024.

Here's what could happen next:

The next schedule for the Senate is on January 19, which could be Republican Senate Majority Leader Mitch McConnell's last day as Senate leader. Once Vice President Kamala Harris is sworn in, making her the president of the Senate, the dynamics of the trial proceeds then will change dramatically.

McConnell said he will not bring the Senate back on an emergency basis to start the trial. That means the trial is certain to take place after Trump has already left office.

The House charges in 2019 on Trump's dealings with the president of Ukraine came after a lengthy investigation and testimony from multiple government officials. While Democrats unanimously criticized the conduct and charged Trump with abuse of power, the charges wove together a complicated web of evidence.

How will impeachment work?

As per the US constitution, impeachment means holding the president guilty on charges of high crime or misdemeanour by the House of Representatives.

If the Lower House impeaches a US president, the matter goes before the Senate which needs two-thirds majority vote to remove the president from his office.

In order for that to take place, the Senate must convict Trump in an impeachment trial after he leaves office.

If the Senate convicts Trump then it could also disqualify him from serving in a future federal office.

What could be Trump's future

If the Senate were to convict, lawmakers could then take a separate vote on whether to disqualify Trump from holding future office. Only a majority of senators would be needed to ban him from future office, unlike the two-thirds needed to convict.

Trump could lose some of his benefits under the Former Presidents Act of 1958. Those include a lifetime pension, an annual travel budget and funding for an office and staff. He would still be entitled to Secret Service protection, but Congress could amend the law to make sure Trump loses those benefits.

On Tuesday Vice President Mike Pence refused invoke the 25th Amendment and remove the powers of the presidency from Trump. Right before the vote, the vice president sent Nancy Pelosi a letter saying it "would set a terrible precedent."

"I do not believe that such a course of action is in the best interest of our nation or consistent with our Constitution," Pence said in the letter adding that the framers of the 25th Amendment intended it to be used in a matter of the president's incapacitation or disability, such as through illness.

The House on Wednesday voted 232-197 to impeach President Donad Trump, with 10 members of Trump's Republican Party joining 222 Democrats for his alleged role in the siege of Capitol Hill On January 6 2021.