It is reported that Stephanie Grisham tried to gain entry into a room where Donald Trump was in a meeting with Kim Jong un when she was stopped by North Korean security personnel. 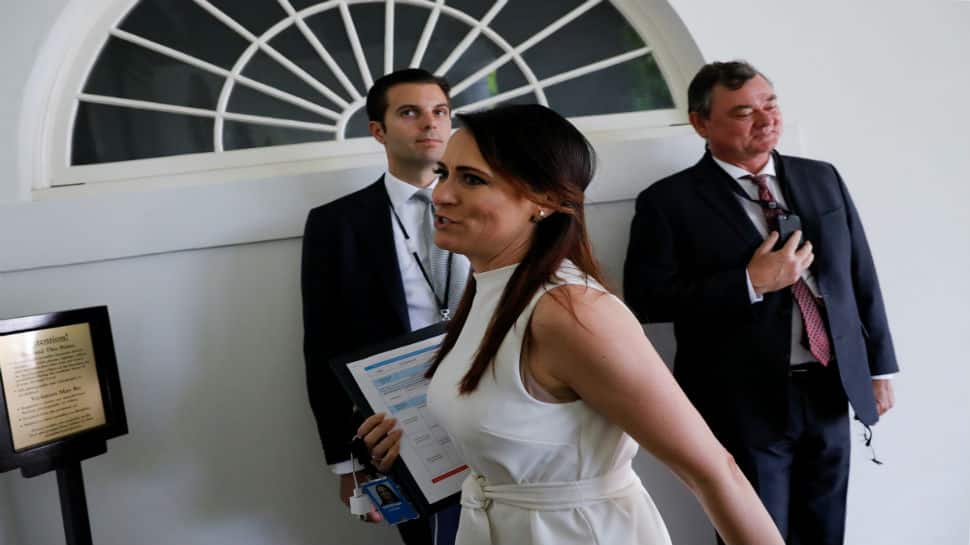 It was all smiles and handshakes when Donald Trump met Kim Jong un in an extremely significant meeting at the Demilitarized Zone that divides North Korea and South Korea. Behind the scenes though, tensions ran high momentarily when the White House press secretary got involved in a scuffle with North Korean security personnel.

In a video, Stephanie Grisham is seen jostling with members of North Korean security entourage. The incident took place right outside a room in which the leaders of the two countries were having their meeting. It is reported that Grisham tried to gain entry into the room but was blocked by North Korea's security personnel. She is heard asking for help as she tried to jostle her way in.

A select group of US media personnel are given access to Trump and Grisham is an important part of this. It is, however, unclear if North Korean security personnel possibly mistook her as a possible threat although they eventually let her through.

A section of the US media also reported that Grisham, who had replaced Sarah Sanders as White House press secretary last week, was bruised in the incident.

Trump and Kim met each other at the DMZ with the US president even taking 20 steps inside North Korean territory in a historic development. The meeting is being widely seen as a massive step down from tensions between the two countries.