Explainer: Could Julian Assange be on brink of freedom?

A London court will rule on Tuesday whether it would be in the interests of justice to pursue action against WikiLeaks` founder Julian Assange for failing to surrender to bail back in 2012. 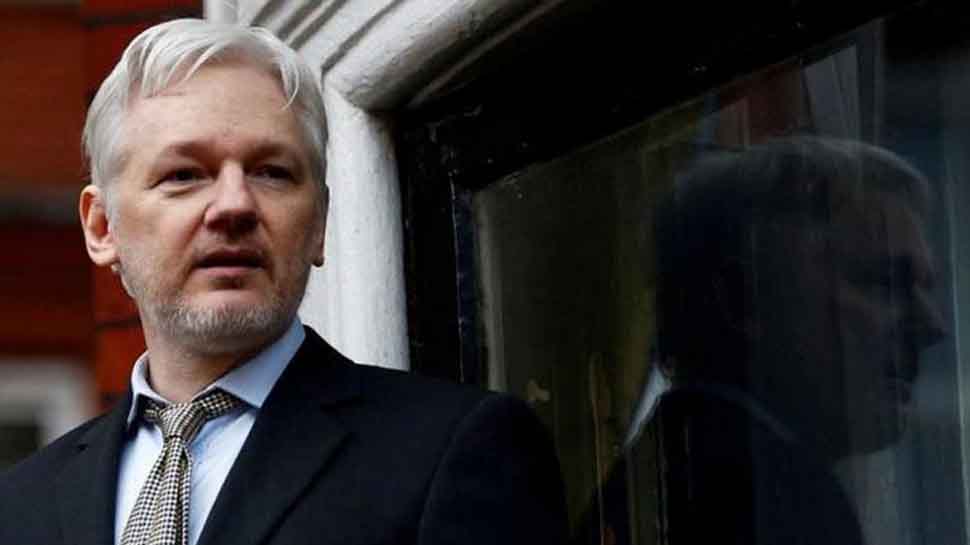 LONDON: A London court will rule on Tuesday whether it would be in the interests of justice to pursue action against WikiLeaks` founder Julian Assange for failing to surrender to bail back in 2012.

If the judge rules in his favour, then Assange, 46, would be free to leave the Ecuadorean Embassy in London where he has been holed up for more than five years.

However, he might still elect to remain in the embassy, where he has been granted political asylum because he fears Britain would arrest him under a U.S. extradition warrant, the existence of which has neither been confirmed nor denied.

WHO IS JULIAN ASSANGE?
Assange was born in Townsville, Australia, in July 1971, to parents who were involved in theatre and travelled frequently.

In his teens, Assange gained a reputation as a sophisticated computer programmer and in 1995 he was arrested and pleaded guilty to hacking. He was fined, but avoided prison on condition he did not re-offend.

In his late 20s, he went to Melbourne University to study mathematics and physics.

It says it is a non-profit organisation funded by human rights campaigners, journalists and the general public, with the aim of fighting government and corporate corruption.

The website rose to prominence in April 2010 when it published a classified video showing a 2007 U.S. helicopter attack that killed a dozen people in the Iraqi capital, Baghdad, including two Reuters news staff.

In July that year, it released more than 90,000 classified U.S. military documents on the war in Afghanistan and then in October, it published about 400,000 more secret U.S. files on the Iraq war.

The two leaks represented the largest security breaches of their kind in U.S. military history.

It followed these up with the release of 250,000 secret diplomatic cables from U.S. embassies around the world, with some of the information published by newspapers such as the New York Times and Britain`s Guardian.

The leaks angered and embarrassed U.S. politicians and military officials, who said the unauthorised dissemination would put lives at risk, and drew similar condemnation from U.S. allies such as Britain.

On Nov. 18, 2010, a Swedish court ordered Assange`s detention as a result of an investigation into allegations of sex crimes.

He had spent much of the year in Sweden and the accusations of misconduct were made by two female Swedish WikiLeaks volunteers. On Dec. 7, 2010, Assange was arrested by British police on a European Arrest Warrant (EAW) issued by Sweden.

Assange denied the allegations and was eventually granted bail on Dec. 16.

He said from the outset that he believed the Swedish case was a pretext to extradite him to the United States to face charges over the WikiLeaks releases.

His extradition to Sweden for questioning was ordered in Feb. 2011. Subsequent appeals failed and an order for his surrender was issued for June 29, 2012. On June 19, he entered the Ecuadorean Embassy in the upmarket Knightsbridge area of London seeking asylum.

Ten days later a judge at London`s Westminster Magistrates` Court issued a warrant for his arrest.

Ecuador granted Assange asylum on Aug. 16, 2012 and at the time he said he expected to wait six months to a year for a deal which would allow him to leave the embassy.

British police mounted a round-the-clock guard to prevent his escape, saying he would be arrested should he leave.

The impasse left Assange living in cramped quarters in the embassy with no political or legal solution to the saga in sight.

A United Nations panel said in Feb. 2016 that Assange had been arbitrarily detained. Britain called that description "ridiculous", saying his detention was voluntary.

British police ended their permanent guard in October 2015, having spent an estimated 12.6 million pounds, but said they would maintain "covert tactics" to arrest him if he left the embassy.

On Nov. 14, 2016, Swedish prosecutors questioned Assange at the embassy in London about the alleged sex crimes for about four hours.

Swedish prosecutors announced on May 19, 2017, that they had dropped their investigation and withdrawn their EAW.

However, British police said he would still be arrested if he left the embassy because there was an outstanding warrant for failing to surrender to bail.

In January this year, Ecuador granted Assange citizenship after Britain refused a request for him to be given diplomatic status, saying he would face justice if he left the embassy.

On Jan. 26, Assange`s lawyers asked London`s Westminster Magistrates Court to drop the arrest warrant against him because it no longer applied as Sweden`s EAW had been withdrawn.

They said Assange and his guarantors had forfeited more than 110,000 pounds ($156,000) when he failed to surrender and he had already spent 5-1/2 years in conditions which were "akin to imprisonment".

Last Tuesday, Judge Emma Arbuthnot rejected his bid to have the warrant withdrawn.

However, she then agreed to consider whether, even if Assange were arrested and brought to court, it would actually be in the interests of justice to take any further action against him.

Her ruling will be made on Tuesday and if he is successful, it would mean there was no public, legal case in Britain against him.

There is no public record or evidence demonstrating any U.S. criminal charges are pending against Assange. When Barack Obama was president, the U.S. Justice Department leadership concluded it would be inappropriate to prosecute WikiLeaks because it was too similar to a media organization.

However, in March last year, U.S. federal prosecutors in Alexandria, Virginia, expanded a long-running grand jury investigation into WikiLeaks and its personnel including Assange. A Justice

Last April, CIA Director Mike Pompeo described WikiLeaks as a "hostile intelligence service" abetted by states such as Russia, who had used it to distribute hacked material from DNC computers during the 2016 presidential election.

He also called Assange a "fraud" and a "coward".

Assange and his supporters believe that U.S. prosecutors have a sealed, therefore secret, indictment against him.

They also suspect that Britain has received a U.S. extradition warrant linked to these charges and that he would be arrested by British police were he to leave the embassy.

They hope if his court case is successful, it will put pressure on the British authorities to disclose what, if any, U.S. efforts are in place to prosecute him.