Boeing has named the fighter jet F-15QA where QA stands for Qatar Advanced. In the air, the F-15QA fighter pulled nine Gs with the company also stating that the combat jet successfully tested avionics and radar. 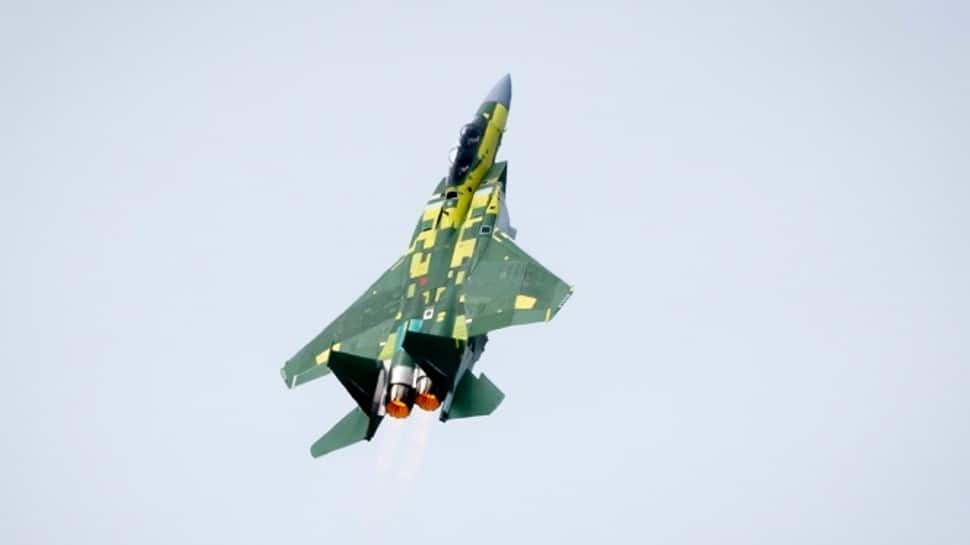 Developed for the Qatar Emiri Air Force (QEAF), Boeing's F-15QA Eagle fighter aircraft showed its high manoeuvrability by demonstrating the 'Viking takeoff' and pulling in nine Gs during its first flight a few days back. The most advanced variant of the reliable F-15 Eagle jet family was in the air for 90 minutes after taking off from Lambert International Airport in St. Louis (USA) on April 13, 2020, with Boeing Chief Test Pilot Matt Giese in the cockpit.

Boeing has named the fighter jet F-15QA where QA stands for Qatar Advanced. " Boeing successfully completed the first flight of the F-15QA fighter, the most advanced version of the jet ever manufactured. Developed for the Qatar Emiri Air Force (QEAF), the jet demonstrated its next-generation capabilities during its 90-minute mission. The flight took off and landed from Lambert International Airport in St. Louis," the aviation major said in a statement.

Watch the F-15QA demonstrate a Viking takeoff during its first flight for the @MOD_Qatar’s Qatar Emiri Air Force. The advanced version of the #F15 took to the air for the first time this week. pic.twitter.com/5NPLvj1BJq

QEAF F-15 Wing commander Colonel Ahmed Al Mansoori witnessed the maiden flight of the F-15QA and expressed his satisfaction. "We are very proud of this accomplishment and looking forward with great excitement to the continued successes of this program. This successful first flight is an important milestone that brings our squadrons one step closer to flying this incredible aircraft over the skies of Qatar."

In the air, the F-15QA fighter pulled nine Gs with the company also stating that the combat jet successfully tested avionics and radar.

The F-15QA has taken flight for the first time. This fighter is the most advanced version of the undefeated #F15 and was built for @MOD_Qatar’s Qatar Emiri Air Force.

"This successful first flight is an important step in providing the QEAF an aircraft with best-in-class range and payload. The advanced F-15QA not only offers game changing capabilities but is also built using advanced manufacturing processes which make the jet more efficient to manufacture. In the field, the F-15 costs half the cost per flight hour of similar fighter aircraft and delivers far more payload at far greater ranges. That’s success for the warfighter," asserted," said Boeing vice president and F-15 program manager Prat Kumar.

A Viking takeoff is an unrestricted climb after takeoff. During the Viking takeoff, the pilot of a fighter jet climbs at an extremely high angle with full afterburner to rapidly gain altitude.