The flag of 46 countries including Pakistan were hoisted and the contingents of Pakistan Navy presented a march-past. 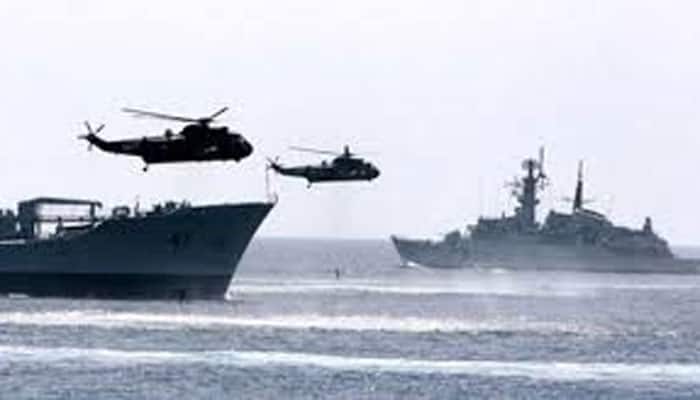 Karachi: The five-day multinational maritime exercise 'AMAN-19', in which 46 nations are taking part, commenced Friday near the coastal city of Karachi. The Pakistan Navy's ships, submarines, boats, marines and special forces will all take part in the exercise, along with the Pakistan Air Force, Pakistan Army and Pakistan Rangers.

The principal purpose of the exercise, conducted after every two years since it was initiated in 2007, is to provide a forum for understanding of each other's maritime concepts and operational cultures and come up with ways and means to combat common threats at sea, according to Radio Pakistan.

The flag of 46 countries including Pakistan were hoisted and the contingents of Pakistan Navy presented a march-past.

Commander Pakistan Fleet, Vice Admiral Amjad Khan Niazi, who was the chief guest of the opening ceremony, said the exercise AMAN, which means peace, is a step to enhance cooperation, take benefit from mutual advantage and understand each other.

He said maritime security is pivotal for national security and protection of maritime routes is also necessary for the economy. Ambassadors and delegates of various countries were also present in the inauguration ceremony.