Local ABC7, citing law enforcement sources, reported that Martin was fired from his job of 15 years on Friday. 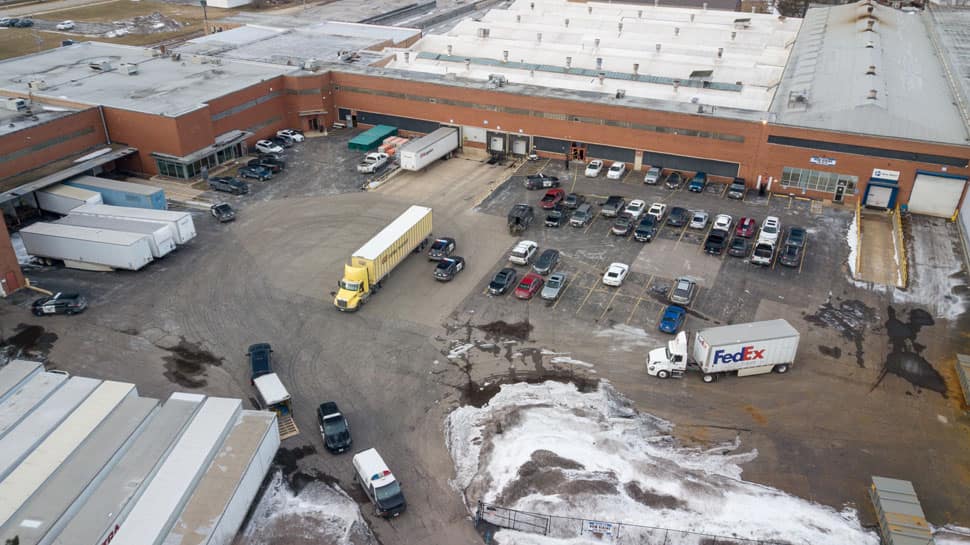 CHICAGO: A gunman opened fire at a manufacturing warehouse in Aurora, Illinois, on Friday, killing five people and wounding five police officers before he was slain, law enforcement officials said.

Aurora Police Chief Kristen Ziman said the shooter, identified as 45-year-old Gary Martin, worked at the sprawling industrial complex in Aurora, 40 miles (65 km) west of Chicago, but did not say what may have motivated the attack.

Ziman said police received multiple emergency calls at 1:24 p.m. reporting an active shooter at the manufacturing plant. The first officers arrived on the scene four minutes later and two of them were immediately struck by gunfire, she said. "May God bless the brave law enforcement officers who continued to run toward danger," Illinois Governor J.B. Pritzker told a news conference.

All told, five officers were shot and wounded, Ziman said, before the gunman was killed by police returning fire. A sixth officer suffered a knee injury. Inside the building, five civilians were found dead. None of them were identified by police. Ziman did not provide any information about wounded civilians, though earlier reports said at least several had been taken to area hospitals.

The wounded officers were listed in stable condition at a local hospital, Clayton Muhammad, spokesman for the City of Aurora, told the local ABC affiliate. Witness John Probst told CNN that he saw the gunman, a co-worker, running down an aisle of the manufacturing facility with a pistol equipped with a laser sight. Probst told the network that he saw people bleeding.

"Our hearts are with the victims and their loved ones, the first responders, the Aurora community and the entire Mueller family during this extremely difficult time," the company said.

The bloodshed marked the latest spasm of gun violence in a nation where mass shootings have become almost commonplace. It came one day after the one-year anniversary of the massacre of 17 people by a gunman at Marjory Stoneman Douglas High School in Parkland, Florida.

Video on local media showed numerous police cars surrounding a large commercial building in Aurora, the ground covered in snow. A spokeswoman for U.S. President Donald Trump said that he was aware of the incident. "The President has been briefed and is monitoring the ongoing situation in Aurora, IL," Sarah Sanders said in a statement.