The record was set in the village of Villevieille in the southern department of Gard in France, which registered a high of 45.1 degrees Celsius. 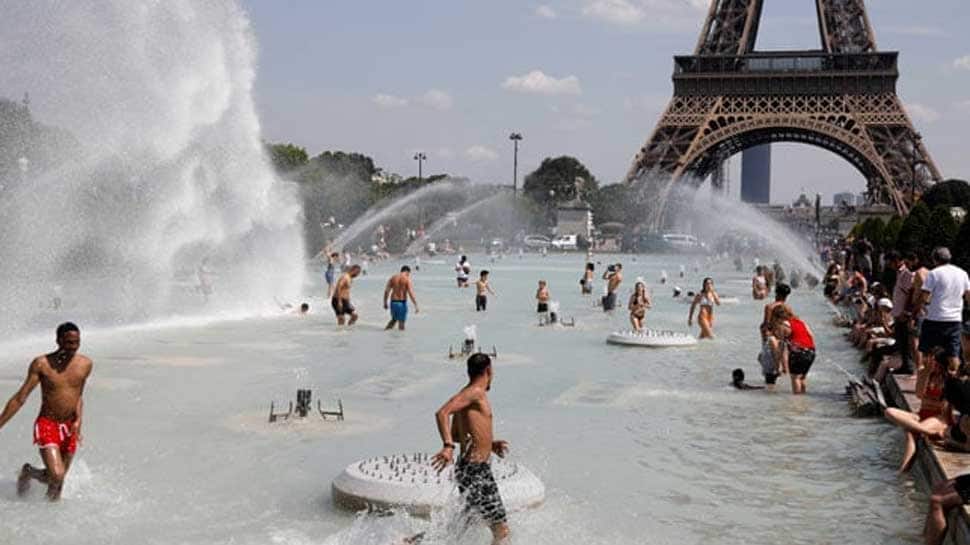 PARIS: The temperature in France on Friday surpassed 45 degrees Celsius for the first time as Europe wilted in a major heatwave, state weather forecaster Meteo-France said.

The record was set in the village of Villevieille in the southern department of Gard, which registered a high of 45.1 degrees Celsius. The previous record stood at 44.1 degrees Celsius in the same area during the notorious August 2003 heatwave, Meteo-France said.

Earlier, France had recorded its all-time hottest temperature of 44.3 degrees Celsius (111.7 degrees Fahrenheit) on Friday in the southeastern town of Carpentras, which beat the previous record for France of 44.1 degrees Celsius recorded in Saint-Christol-les-Ales and Conqueyrac during the 2003 heatwave, Meteo-France said.

In Carpentras, one of the hottest towns in France, temperatures had already reached 43°C by midday.

The Vaucluse region has been placed on red alert during the heatwave.

Meteo-France forecaster Etienne Kapikian said it was "very probable" that the record would be beaten again on Friday as it was still relatively early in the day.

"(The temperature) will continue to climb and, in some places, we could pass 44 degrees Celsius," he said.