Investigators were seeking to establish whether the attacker had acted alone or had accomplices. 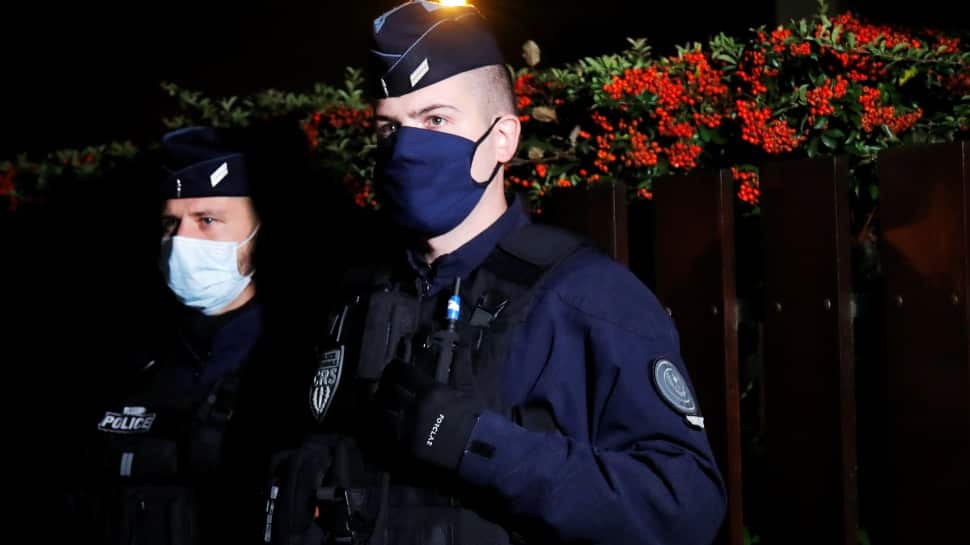 Paris: French police were questioning nine people in custody on Saturday (October 17, 2020) after a suspected Islamist sympathiser beheaded a school teacher in broad daylight on the street in a Paris suburb, police sources said.

Police shot the attacker dead minutes after he murdered 47-year-old history teacher Samuel Paty on Friday. French media reported that he was an 18-year-old of Chechen origin.

The killing shocked the country and carried echoes of an attack five years ago on the offices of satirical magazine Charlie Hebdo.

Investigators were seeking to establish whether the attacker had acted alone or had accomplices. Paty had earlier this month shown his pupils cartoons of the Prophet Mohammad in a civics class on freedom of expression, angering a number of Muslim parents. Muslims believe that any depiction of the Prophet is blasphemous.

"I want to share with you my total indignation. Secularism, the backbone of the French Republic, was targetted in this vile act," Castex said.

Four relatives of the attacker, including a minor, were detained in the immediate aftermath of the attack in the middle-class suburb of  Conflans-Sainte-Honorine, according to police sources.

Five more were detained overnight, among them two parents of pupils at the College du Bois d`Aulne where the teacher was employed.

A week ago, one man who said his daughter was in Paty`s class recorded a video shared on social media in which he branded the teacher a thug and appealed to others to "join forces and say `stop, don`t touch our children`".

It was not clear whether the parent was one of those in police custody. It was also not immediately known if the attacker had seen the video.

Parents of pupils laid flowers at the school gate. Some said their children were distraught.

"(My daughter) is in pieces, terrorised by the violence of such an act. How will I explain to her the unthinkable?" one father wrote on Twitter.

In an outpouring of grief, the hashtag #JeSuisSamuel (I am Samuel) trended on social media, like the #JeSuisCharlie call for solidarity after the attack on Charlie Hebdo in 2015.

Before that attack, Charlie Hebdo had published caricatures of the Prophet Mohammed, unleashing divisions that still cast a pall over French society.

Addressing the country`s teachers, pupils and their parents, Education Minister Jean-Michel Blanquer said Paty was killed by what he called the enemies of freedom.

"The Republic will never, never, never back down when confronted by terror, intimidation," he said in a recorded statement.

Muslim leaders condemned the killing, which many public figures perceived as an attack on the essence of French statehood and its values of secularism, freedom of worship and freedom of expression.

The litany of deadly attacks by Islamist militants or their sympathisers was devastating for France`s Muslim community, Tareq Oubrou, the imam of a Bordeaux mosque, said.

"Every day that passes without incident we give thanks," he told France Inter radio. "We are between hammer and anvil. It attacks the Republic, society, peace and the very essence of religion, which is about togetherness."