The coronavirus cases world wide have been rising alarmingly with the numbers doubling in the last seven days. Also, the number of fatalities have multiplied over two-and-a-half times in this period. 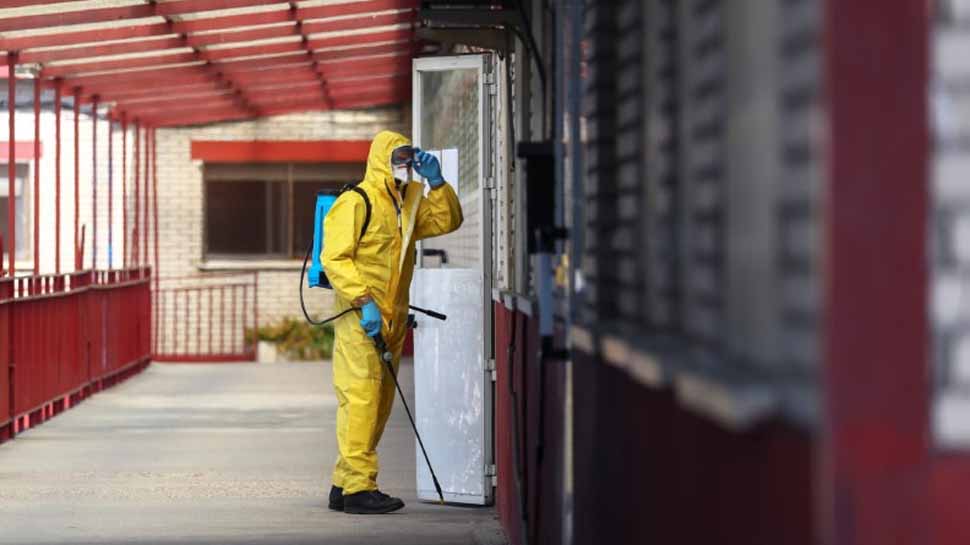 The coronavirus cases across the globe has been rising alarmingly with the numbers doubling in the last seven days. Also, the number of fatalities have multiplied over two-and-a-half times in this period.

The number of coronavirus positive cases world wide on Wednesday (April 1) at 8.40 am (IST) touched 8,58,785 while the death toll stood at 42,151 as per Johns Hopkins University data.

On the evening of March 24, the number of cases globally was over 4 lakhs while the death toll was more than 18 thousand. 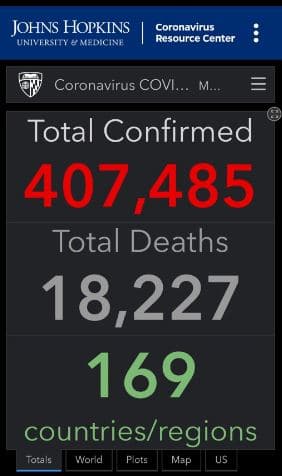 The US has reported the most number of infections with 189,035 cases and the death toll from coronavirus touched 3,416 on Tuesday. President Donald Trump in a press conference at the White House urged Americans to follow strict social distancing measures ahead of a "tough two weeks" that may lead to the death of around 100,000 people from the coronavirus. "We want Americans to be prepared for the hard days that lie ahead," Trump said.

Italy, which remains the worst hit country in Europe observed a minute of silence for the COVID-19 victims on Tuesday. Its total number of infections has climbed to 105,792, including 12,428 fatalities. A total of 2,107 new active infections were reported compared to Monday, bringing the national total to 77,635.

Spain, which has the seocnd highest death toll, saw as many as 849 new deaths in the past 24 hours, a new high over 838 reported on Sunday, bringing its death toll to 8,189. Madrid, still the worst-hit in the country, registered 27,509 cases and 3,603 deaths as of Tuesday. Spain`s health authorities confirmed that the country`s total number of coronavirus cases increased by 9,222 to 95,923, a higher daily rise in new cases.

Outside China, some 640,000 cases have been reported by more than 200 countries and regions, including 10 countries, mostly in Europe, with over 10,000 cases.

Coronavirus COVID-19 can spread through air and lingers in rooms after patients have left, claims study