The US has recorded the highest numbers of cases worldwide at 226,374 including 5,316 deaths. Italy has a total of 115,242 positive cases including 13,915 deaths, the highest fatalities globally. 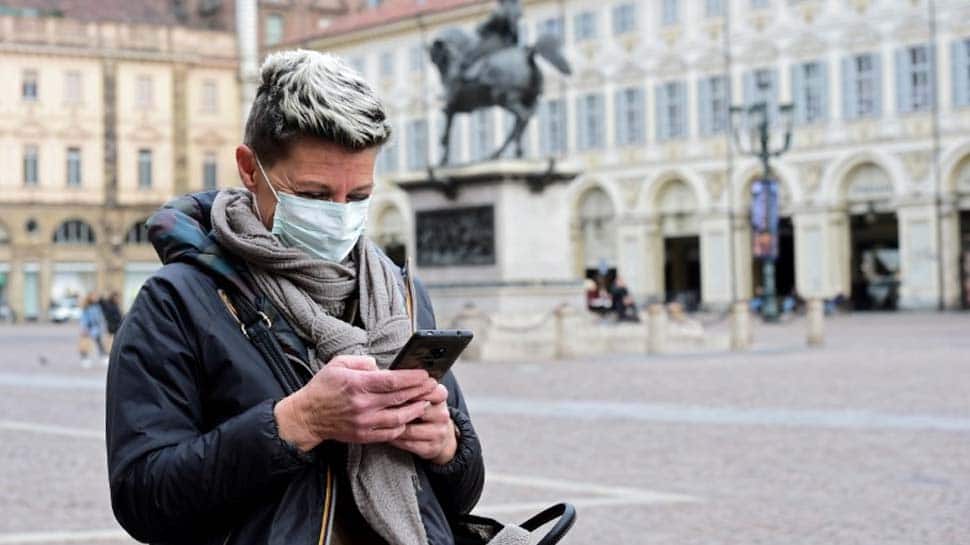 As another day of battle between humans and coronavirus COVID-19 pandemic came to an end on Thursday, the total number of positive cases across the globe reached 981,221 out of which the death toll stood at 50,230 till 11.30 pm (IST). The US has recorded the highest numbers of cases worldwide at 226,374 including 5,316 deaths. Italy has a total of 115,242 positive cases including 13,915 deaths, the highest fatalities globally. Spain followed Italy with 110,238 cases and 10,003 deaths.

In a sliver of silver lining for Italy, though the death toll climbed by 760, the number of new cases was steady, growing by 4,668 from a previous 4,782. April 2 was the fourth consecutive day in which the number of new cases remained within a range of 4,050-4,782, seeming to confirm government hopes that the epidemic has hit a plateau, ahead of a hoped-for decline in the near future. 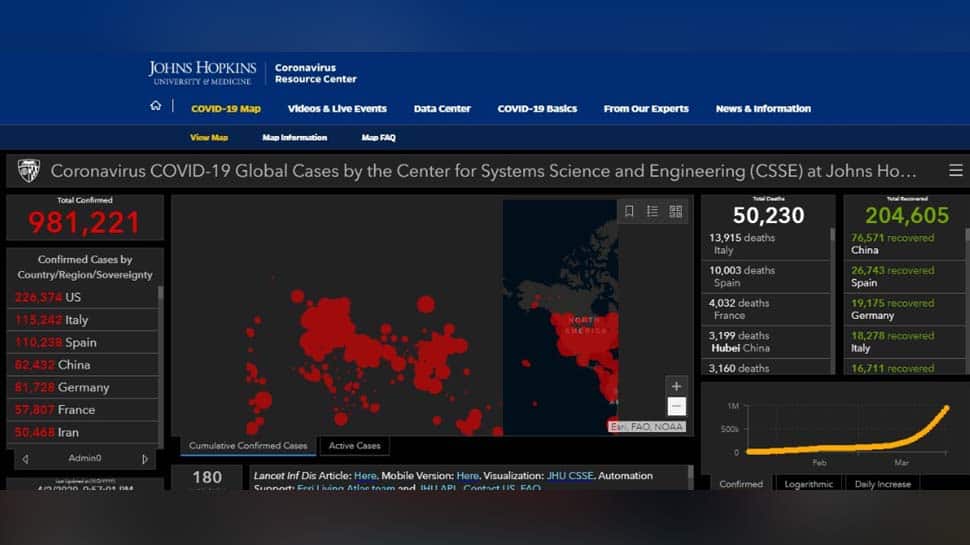 Italy hit a daily peak of 6,557 new cases on March 21. Of those originally infected nationwide, some 18,278 had fully recovered on Thursday, compared to 16,847 the day before. There were 4,053 people in intensive care, up from a previous 4,035. Italy has registered more deaths than anywhere else in the world and accounts for around 28% of all global fatalities from the virus. In Lombardy, the epicentre of the outbreak, the daily tallies of deaths and cases were both down compared with those of the day before, coming in at 367 and 1,292 respectively.

In the US, the main disaster response agency has asked the Defence Department for 100,000 body bags as the toll continued to mount White House experts have said that US deaths from the disease are expected to climb to between 100,000 and 240,000, even with mitigation efforts in force. The Pentagon said it's Defence Logistics Agency was tending to the request by the Federal Emergency Management Agency (FEMA).

The DLA "is currently responding to FEMA's prudent planning efforts for 100,000 pouches to address mortuary contingencies on behalf of state health agencies," Pentagon spokesperson Lieutenant Colonel Mike Andrews said. With the infection rate and deaths mounting -- especially in New York City -- President Donald Trump warned Tuesday that the country can expect "a very, very painful two weeks."
"I want every American to be prepared for the hard days that lie ahead," he said.

More than 6.6 million US citizens applied for unemployment benefits last week doubling a record high set just one week earlier, a sign that layoffs are accelerating in the midst of the coronavirus outbreak. Combined with last week's report that 3.3 million people sought unemployment aid two weeks ago, the US economy has now suffered nearly 10 million layoffs in just the past few weeks, far exceeding the figure for any corresponding period on record.

The respiratory disease caused by the virus has killed more people in Spain than China, where it originated. Across the globe, the pandemic has swamped health systems and triggered calls for more and better protective equipment for those fighting it. Spain`s doctors and nurses, who have released clips of each other cutting up plastic garbage bags to use as protective clothing, say their situation is worse than many.

More than 15,000 of them are sick or self-isolating and unable to help patients. That`s around 14.7% of the country`s confirmed cases, said a health ministry spokeswoman. One union has said the concentration is higher in the capital Madrid - 21% - the epicentre of the outbreak.

In a town in Catalonia, as many as one in three medical staff have been out of action because they were infected or self-isolating. Cellphone footage has aired on Spanish TV and on social media showing patients with oxygen tanks packed into the corridors - some laid out on the corridor floors - of hospitals. In Spain, unions representing Spain`s medical staff are taking action. Unions have filed lawsuits in at least 10 of Spain`s 17 regions asking judges to compel the authorities to provide equipment within 24 hours in line with health and safety law, said a spokeswoman for the national federation of doctors` unions, CESM. In Catalonia, the top regional court on Tuesday rejected the 24-hour deadline but said authorities must provide protection measures whenever equipment arrives.

The health ministry said it had always acted on scientific evidence, following experts` recommendations, and taking steps based on a thorough assessment of the situation at any given time. Health Minister Salvador Illa has said the equipment market was simply overwhelmed but said on Tuesday the ministry had managed "steady and continuous deliveries" of equipment. "We feel very proud of what the Spanish healthcare workers are doing," he told a news conference.