Here's what Barack Obama wrote about Ramayana, Mahabharata and Bollywood in book

The former US President has been grabbing headlines for his take on several Indian leaders including ex-PM Manmohan Singh and Rahul Gandhi, in his memoir 'A Promised Land'. 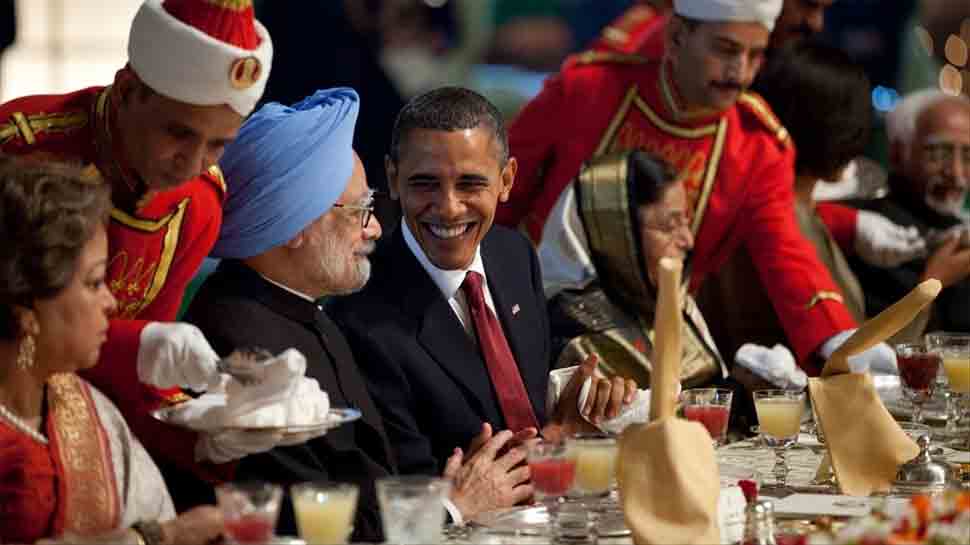 WASHINGTON: Former US President Barack Obama said that he has always held a special place for India due to his childhood years spent in Indonesia listening to the epic Hindu tales of the Ramayana and the Mahabharata. The former US President also mentioned that he had never been to India before his Presidential visit in 2010, but the country had 'always held a special place in my imagination'.

"Maybe it was its (India's) sheer size, with one-sixth of the world's population, an estimated two thousand distinct ethnic groups, and more than seven hundred languages spoken," Obama writes on his fascination of India in his latest book 'A Promised Land'.

"Maybe it was because I'd spent a part of my childhood in Indonesia listening to the epic Hindu tales of the Ramayana and the Mahabharata, or because of my interest in eastern religions, or because of a group of Pakistani and Indian college friends who'd taught me to cook dahl and keema and turned me on to Bollywood movies," Obama writes.

The comments come in his memoir 'A Promised Land'.

In 'A Promised Land', Obama gives an account of his journey from the 2008 election campaign to the end of his first term with the daring 2011 Abbottabad (Pakistan) raid that killed Al Qaeda chief Osama bin Laden.

Last week, Obama's comments on several Indian leaders, including Rahul Gandhi, in his memoir grabbed headlines, with the BJP highlighting the critical observations made by Obama about the Gandhi scion.

Obama mentions in his book that India became a more market-based economy in the 1990s, which led to major growth and a rising middle class in the country. "As a chief architect of India's economic transformation, Prime Minister Manmohan Singh seemed like a fitting emblem of this progress: a member of the tiny, often persecuted Sikh religious minority who'd risen to the highest office in the land, and a self-effacing technocrat who'd won people's trust not by appealing to their passions but by bringing about higher living standards and maintaining a well-earned reputation for not being corrupt," said Obama.

Talking about former PM Manmohan Singh, Obama writes in his memoir that PM Singh had resisted calls to launch attacks against Pakistan after 26/11 Mumbai attacks, but the decision caused him political damage. "He feared that rising anti-Muslim sentiment had strengthened the influence of India's main opposition party, the Hindu nationalist Bharatiya Janata Party (BJP). 'In uncertain times, Mr. President,' the prime minister said, 'the call of religious and ethnic solidarity can be intoxicating. And it's not so hard for politicians to exploit that, in India or anywhere else'," he writes, quoting former PM Singh.

Obama writes that India's politics still revolved around religion, clan, and caste. He adds that Dr Singh's elevation as prime minister, which was also called as a hallmark of the country's progress in overcoming sectarian divides, was not actually true.