A 60-year-old man also died from a gunshot wound sustained in Burri, and his funeral became a flashpoint for widening protests on Friday. 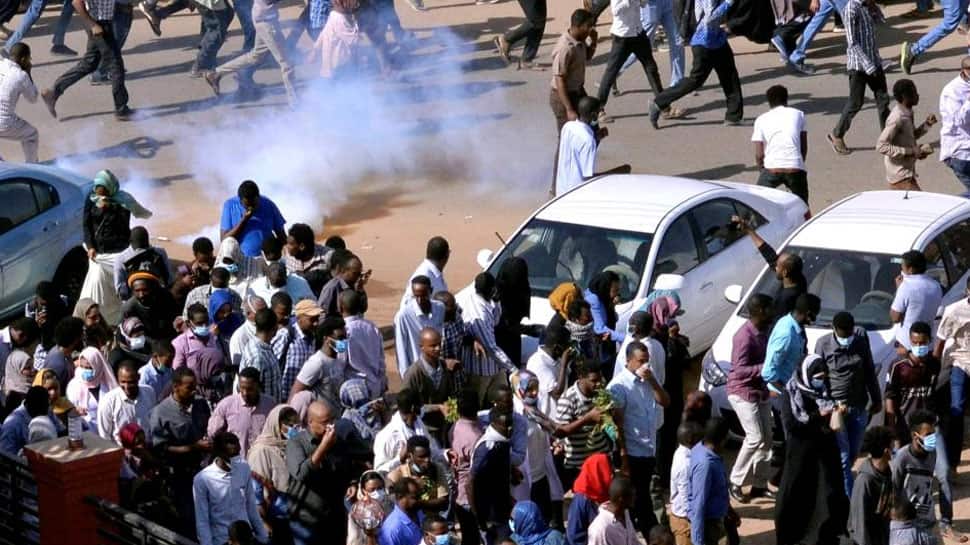 KHARTOUM: Hundreds of people protested in Sudan`s city of Omdurman on Monday, chanting "the people want the fall of the regime", witnesses said, after the family of a man shot at an anti-government protest last week said he had died of his wounds.

Sudan has been shaken by near-daily demonstrations for over a month. They were set off by a worsening economic crisis, but quickly turned into growing calls for an end to President Omar al-Bashir`s three-decade rule.

The family of 24-year-old trainee engineer Alfateh Omar al-Nemeir told Reuters he had died "affected by his bullet wound to the eye (sustained) during his participation in the peaceful demonstration in the Burri neighbourhood last Thursday."

An opposition-linked doctors` committee had said a child and a doctor were shot dead during protests on Jan. 17 in Burri, a neighbourhood in the capital Khartoum, across the Nile from Omdurman. A police spokesman denied a child had died and said no live fire had been used since the protests began. Bashir blamed the doctor`s death on "infiltrators".

A 60-year-old man also died from a gunshot wound sustained in Burri, and his funeral became a flashpoint for widening protests on Friday. Sudan on Monday froze the credentials of two journalists who have covered the anti-government protests. Qatar`s state news agency QNA meanwhile said Bashir will visit Qatar this week and meet Emir Sheikh Tamim bin Hamad Al Thani, who has offered him support since the protests began.