Iran said on Thursday three European states had succumbed to US President Donald Trump when they triggered a dispute mechanism in a nuclear pact the US president opposes. 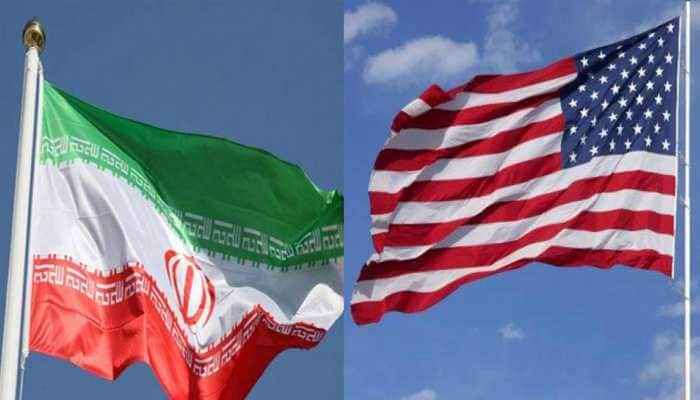 DUBAI/PARIS: Iran said on Thursday three European states had succumbed to "high school bully" Donald Trump when they triggered a dispute mechanism in a nuclear pact the US president opposes, a step that could eventually lead to reimposing UN sanctions.

The pact, known as the JCPoA, was agreed in 2015 between Tehran and world powers, offering Iran sanctions relief if it curbed its nuclear work. Trump withdrew from the deal in 2018 and reimposed U.S. sanctions, saying he wanted a tougher deal.

Iran has responded by scaling back its compliance with terms of the pact, saying this month it rejected all limits on uranium enrichment, although it says it wants to keep the deal in place.

Britain, France and Germany triggered the accord`s dispute mechanism this week. London said it was now time for a "Trump deal" to replace it, while Paris said broad talks were needed.

The Washington Post reported on Wednesday that Washington had threatened to impose a 25% tariff on European automobile imports if the three European capitals did not formally accuse Iran of breaking the nuclear agreement.

Two European diplomats confirmed Washington had threatened tariffs but said leaders of the three European states had already decided to trigger the mechanism before that.
Another diplomat said a suggestion that the Europeans were acting in response to Trump`s threat risked "discrediting the Europeans, but then Trump doesn`t really care about that".

The nuclear dispute lies at the heart of Iran`s long-running standoff with the West that spiralled into open conflict this month when Washington killed an Iranian general in Baghdad and Tehran responded with missile strikes on US targets in Iraq.

While on alert for US reprisals, Iran shot down a civilian airliner by mistake, triggering days of anti-government protests at home. Anger at the state has continued at victims` funerals.

"Death to the dictator," mourners shouted as they buried two victims of the plane disaster in the city of Sanandaj on Thursday, videos posted online showed, referring to Iran`s top authority, Supreme Leader Ayatollah Ali Khamenei.

France’s foreign ministry spokeswoman did not comment on reports of U.S. threats, but noted that the Europeans had been threatening to trigger the dispute procedure for months. She said the European countries had made clear they do not want to leave the accord, but to find a way to resolve differences under it, and that Washington understood that position.

Henry Rome, analyst on Iran with Eurasia Group risk consultancy, tweeted that while the Europeans had been planning to trigger the dispute procedure anyway, the perception that they "quickly bent to Trump threat is very damaging and a huge propaganda victory for Iran".

The European Union said on Thursday its top diplomat, Josep Borrell, held "frank" talks with Zarif a conference in India.

The Europeans have long opposed Trump`s decision to withdraw from the nuclear deal. The dispute mechanism begins a diplomatic process that can end with U.N. sanctions on Iran "snapping back" into place, although the Europeans say that is not their aim.

Facing unrest at home and pressure from abroad, Khamenei will deliver a sermon at prayers on Friday, the first time he has addressed the prominent weekly gathering in eight years.

US sanctions have added to Iran`s challenges, driving up prices as the currency crumbles in value. "Pressure has increased on Iran but we continue to progress," President Hassan Rouhani said on Thursday, adding Iran was now enriching more uranium than before the 2015 deal.

The most recent reports from the U.N. nuclear watchdog say Iran has exceeded some limits on enriched uranium, but suggest it is still far from returning to pre-deal capacity.
Enriched uranium can be used to create material for nuclear warheads. Iran denies Western accusations it wants such weapons.