Trump on Wednesday struck a cautious note, saying there were many options short of war with Iran, which denies involvement in the September 14 strikes. 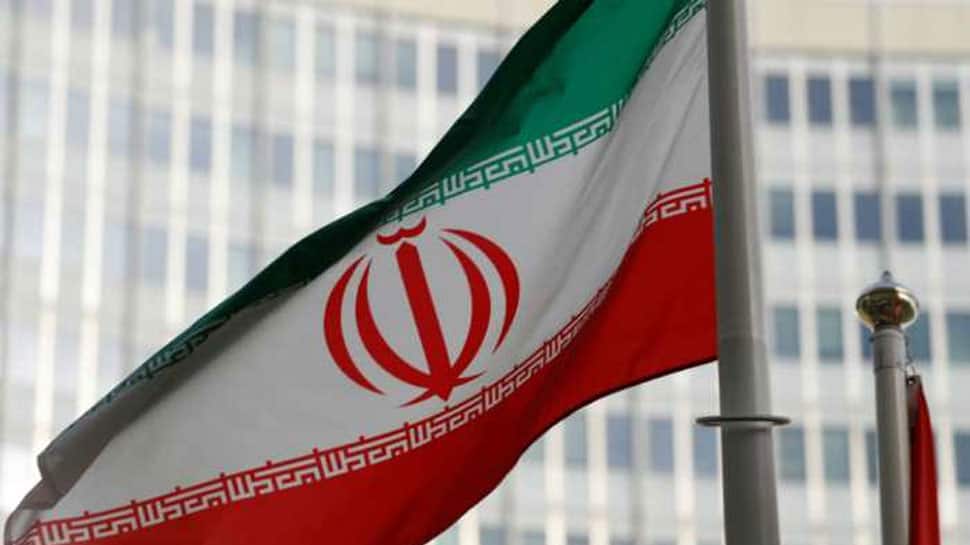 Dubai: Iran warned United States President Donald Trump on Thursday against being dragged into all-out war in the Middle East following an attack on Saudi Arabian oil facilities which Washington and Riyadh blame on Tehran.

U.S. Secretary of State Mike Pompeo has described the weekend strike that initially halved Saudi oil output as an act of war and has been discussing possible retaliation with Saudi Arabia and other Gulf allies.

Trump on Wednesday struck a cautious note, saying there were many options short of war with Iran, which denies involvement in the September 14 strikes. He ordered more sanctions on Tehran.

Iran`s foreign minister told CNN the Islamic Republic "won`t blink" if it has to defend itself against any U.S. or Saudi military strike, which he said would lead to "all-out war".

Mohammed Javad Zarif earlier accused Pompeo of being part of a so-called "B-team", which Tehran says includes Saudi Arabia`s crown prince and is trying to dupe Trump into opting for war.

Pompeo said on Wednesday that the attack was "of a scale we`ve just not seen before".

"The Saudis were the nation that were attacked. It was on their soil. It was an act of war against them directly," he told reporters before meeting Saudi Crown Prince Mohammed bin Salman.

Riyadh, which described the assault as a "test of global will", on Wednesday displayed the remnants of 25 Iranian drones and missiles it said were used in the strike as undeniable evidence of Iranian aggression.

The Saudi ambassador to Berlin said "everything is on the table", telling Deutschlandfunk radio that options need to be discussed carefully.

The United Arab Emirates on Thursday followed its main Arab ally Saudi Arabia in announcing it was joining a global maritime security coalition that Washington has been trying to build since a series of explosions on oil tankers in Gulf waters in recent months that were also blamed on Tehran.

Pompeo, who arrived in the UAE from Saudi Arabia on Thursday for talks with Abu Dhabi`s crown prince, welcomed the move on Twitter: "Recent events underscore the importance of protecting global commerce and freedom of navigation."

Yemen`s Iran-aligned Houthi movement, which is battling a Saudi-led military coalition, claimed responsibility for the assault on two Saudi oil plants, including the world`s largest processing facility. U.S. and Saudi officials rejected the claim, saying the attack had not come from the south.

Fellow Gulf OPEC producer Kuwait, which said earlier this week it was investigating the detection of a drone over its territory, has put its oil sector on high alert and raised security to the highest level as a precautionary measure.
Oil prices, which soared following the attack, steadied after Saudi Arabia pledged to restore full production by the end of the month.

Proof of Iranian responsibility, and evidence that the attack was launched from Iranian territory, could pressure Riyadh and Washington, which want to curb Iranian influence in the region, into a response. Trump has previously said he does not want war and is coordinating with Gulf and European states.

Pompeo said the attacks would be a major focus of next week`s annual U.N. General Assembly meeting and suggested Riyadh could make its case there.
Iran`s Zarif accused Pompeo of trying to "dodge a U.S. obligation" to issue visas for Iran`s U.N. delegates.

Tehran has said the U.S. accusations were part of Washington`s "maximum pressure" policy on the Islamic Republic to force Iran to renegotiate a 2015 nuclear deal with world powers, which Trump exited last year, reimposing sanctions.

France, which is trying to salvage the deal, said the New York gathering presented a chance to de-escalate tensions.

"When missiles hit another country it is an act of war, but we have to go back to the principle of de-escalation," French foreign minister Jean-Yves Le Drian said. "There is an international investigation, let`s wait for its results."

U.S. efforts to bring about a U.N. Security Council response looked unlikely to succeed as Russia and China have veto powers and were expected to shield Iran.

Washington and its Gulf allies want Iran to stop supporting regional proxies, including in Yemen, Iraq and Lebanon, as well as to put more limitations on its nuclear and missile programs.