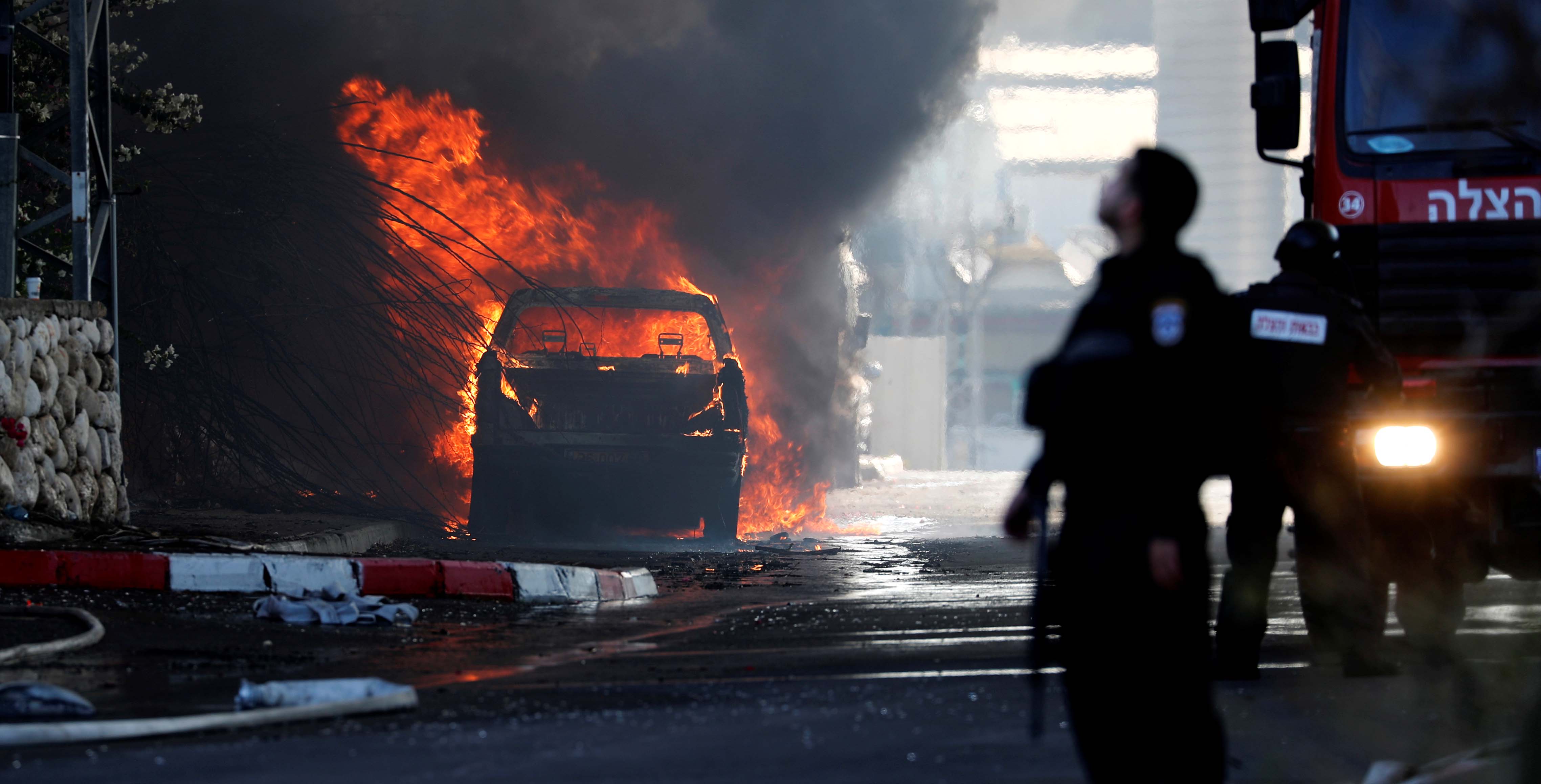 GAZA/JERUSALEM: Israel killed a top commander from the Iranian-backed Palestinian militant group Islamic Jihad on Tuesday in the Gaza Strip, drawing rocket salvoes that reached as far as Tel Aviv in the worst cross-border fighting in months.

As the sound of Palestinian rockets and Israeli air strikes echoed throughout Gaza and Israeli towns across the border, Islamic Jihad leader Khaled Al-Batsh spoke at the midday Gaza funeral of Al-Atta.

"Israel executed two coordinated attacks, in Syria and in Gaza, in a declaration of war," he said. Mourners fired guns into the air, chanting "revenge!"

In Tel Aviv, Israeli Prime Minister Benjamin Netanyahu described Al-Atta as a "ticking bomb" who was responsible for a string of recent cross-border rocket, drone and sniper attacks and was suspected of planning more very soon.

"Israel is not interested in escalation, but we will do everything required to protect ourselves," said Netanyahu, who oversaw Israel`s last Gaza war in 2014 but appeared to be urging restraint. "This could take time."

Israel did not comment on the separate strike which Damascus accused it of carrying out in Syria.

Possible escalation in Gaza may hinge on whether the much larger Islamist group that rules Gaza, Hamas, would join Islamic Jihad in firing rockets at Israel.

Hamas joined Islamic Jihad in condemning Israel, though the two factions have not always been in agreement over strategy. Islamic Jihad, free of the burden of governing Gaza`s impoverished two million Palestinians, has at times chafed at Hamas`s efforts to secure a long-term ceasefire with Israel.

Israel "bears full responsibility for all consequences of this escalation," Hamas said in a statement, pledging that Al-Atta`s death "will not go unpunished."

The exchange of fire sent civilians on both sides huddling for shelter and forced businesses and schools to close. Gaza authorities reported five people killed, including Al-Atta, 42 and his wife in the pre-dawn strike that destroyed a floor in their home, scattering debris around their neighbourhood.

In Israel, officials said 22 people had sustained mostly light injuries. Among the sites hit by Palestinian rockets were a toy factory in the border town of Sderot and a highway where CCTV footage showed cars and a bus barely escaping the impact.

The Israeli military said its air defence systems intercepted some of the Palestinian rockets. Financial markets did not appear to anticipate a major escalation. The shekel was, by the end of the day up 0.1% against the dollar, recovering from an earlier dip. The main Tel Aviv share index was down 0.2%.

Israel casts rising Gaza tensions as part of a regional struggle with arch-foe Iran that has also played out in Syria. Right-wing leader Netanyahu has invoked such scenarios in trying to form a broad coalition government with centre-left rivals to secure a fifth term after two inconclusive elections this year.

Islamic Jihad said the target of the Damascus attack was the home of a political leader, Akram Al-Ajouri. Israel`s Army Radio described Al-Ajouri as head of Islamic Jihad`s military wing.

At the scene of the Damascus strike, a Reuters journalist said the top floor of a two-storey building had been completely scorched. A neighbour said he had been woken up at around 4 a.m. by three explosions that had blown open the doors in his house.

Syrian state media said six people were wounded, describing the target as a civilian home in Mezzah, a western district of the capital where several embassies are located.

In recent years, Israel has carried out hundreds of strikes in Syria against Iran and the Tehran-backed Lebanese Hezbollah group, which it calls the biggest threat to its borders.