Amid the accelerating unrest between Israel and Palestine, the death toll in Gaza has reached 103 people, including 27 children, on Friday (May 14, 2021) as the Hamas group launched a new barrage of airstrikes. Over 580 others have been wounded, as per Al Jazeera’s reports. 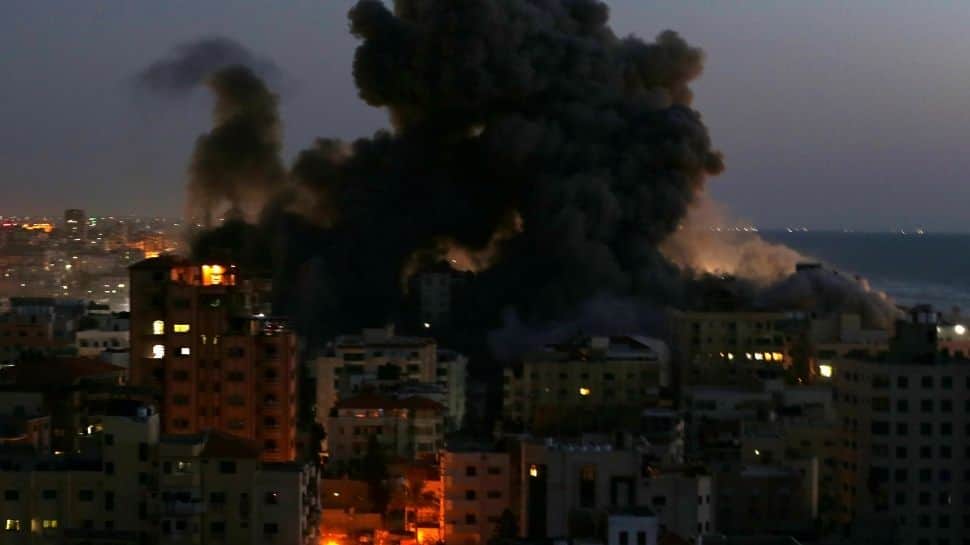 Gaza: Amid the accelerating unrest between Israel and Palestine, the death toll in Gaza has reached 103 people, including 27 children, on Friday (May 14, 2021) as the Hamas group launched a new barrage of airstrikes. Over 580 others have been wounded, as per Al Jazeera’s reports.

As the cross border violence entered fourth day, which is also the first day of the Eid al-Fitr religious holiday, reports of violent confrontations between Jewish Israelis and Palestinian citizens of Israel in several cities of Israel have also surfaced.

The tensions between Israel and Palestine escalated in the region, even as Egyptian negotiators held in-person mediation talks with the two sides to diffuse the violence.

A heavy barrage of numerous rockets were targeted towards Israel and the investigation into the source continues. Additionally many rockets were fired towards the cities of Ashdod and Ashkelon which were intercepted by the Iron Dome air-defense system.

"A short while ago, three rockets were fired from Lebanon into the Mediterranean Sea off the coast of northern Israel," tweeted Israel Defense Forces (IDF).

BREAKING: A short while ago, three rockets were fired from Lebanon into the Mediterranean Sea off the coast of northern Israel.

Meanwhile, the United States on late Wednesday (May 13, 2021) blocked a public virtual meeting of the UN Security Council to address the escalating conflict between Israel and Palestine, informed diplomats.

The open meeting was requested by China, Tunisia and Norway to be held on Friday, but the US said that such a meeting will not support these de-escalatory efforts, diplomats told Anadolu Agency.

The US has instead asked for an open debate on Tuesday. This follows a second council briefing from UN Special Envoy for Israeli-Palestinian Peace Tor Wennesland.

"Council members demanded immediate cessation of all acts of violence, provocation, incitement and destruction. They called for respect for international law, including international humanitarian law and the protection of civilians," it said.

The ongoing violence between Israel and Palestine marks a dramatic escalation of tensions linked to the potential eviction of Palestinian families from East Jerusalem by Israeli settlers and access to one of the most sacred sites in the city, which is a key hub for Islam, Judaism and Christianity.

With ramping up of rocket attacks and airstrikes from both sides, concerns have emerged that the conflict is likely to evolve into a full-blown war. About 1,750 rockets have been fired from the Gaza Strip toward Israel since the conflict escalation, the Israeli military said on Thursday, reported Sputnik.

The conflict escalated after Israeli forces raided the Al-Aqsa Mosque in Jerusalem amid eviction protests, which left scores of Palestinians and police officers wounded. Palestinian resistance groups in Gaza vowed to retaliate for Israeli assaults on Al-Aqsa and Jerusalem’s Sheikh Jarrah neighborhood.

If you are fully vaccinated, you no longer need to wear a mask: US President Biden