The Salemi town in Sicily is offering dilapidated properties for less than the cost of a coffee. 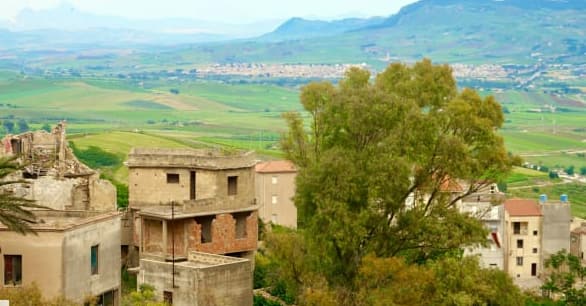 New Delhi: You will be surprised to know that abandoned houses in a small town on the south-west side of Sicily are being auctioned at a cheaper price less than a cup of coffee.

According to a CNN report, struggling towns in Italy are selling off abandoned homes at bargain prices in a bid to reverse a trend of depopulation. The picturesque town of Salemi in Sicily is offering dilapidated properties for less than the cost of an espresso.

Over the next month, a few dozen crumbling dwellings will reportedly go up for auction with a starting price of €1 (Rs 86)  or a little over a dollar.

Salemi's Mayor, Domenico Venuti, is learned to have said that the scheme will breathe new life into the town, which witnessed a shrink in its population. At least 4,000 residents fled following the terrible earthquake of 1968 that rocked Sicily's Belice Valley, said the report.

Sameli's Mayor,  Domenico Venuti, told CNN Travel, “All buildings belong to the city council, which speeds up the sale and reduces red tape. Before launching the scheme we first had to recover the old parts of Salemi where the houses are located, upgrading infrastructures and services from roads to electric grids and sewage pipes. Now the town is ready for the next step.”

In the past few years, several small Italian towns have been offering homes at prices that are hard to believe to check the problem of depopulation.

Salemi, which is a historic location on the island of Sicily, is surrounded by vineyards and olive groves. Some of its homes are enclosed by ancient town walls that date back to the 1600s.

The town reportedly suffered both physical and cultural aftershocks after the 1968 Belice Valley earthquake. More than 4,000 residents fled and Salemi is now a deserted place.

Last year, the hilltop town of Sambuca in Southern Italy was also selling dozens of houses for just $1.