In a shocking development, Mahatma Gandhi’s statue outside the Indian Embassy in Washington DC was vandalised by some unidentified people involved in the ongoing protests against the death of black man George Floyd in the US on Wednesday (June 3). 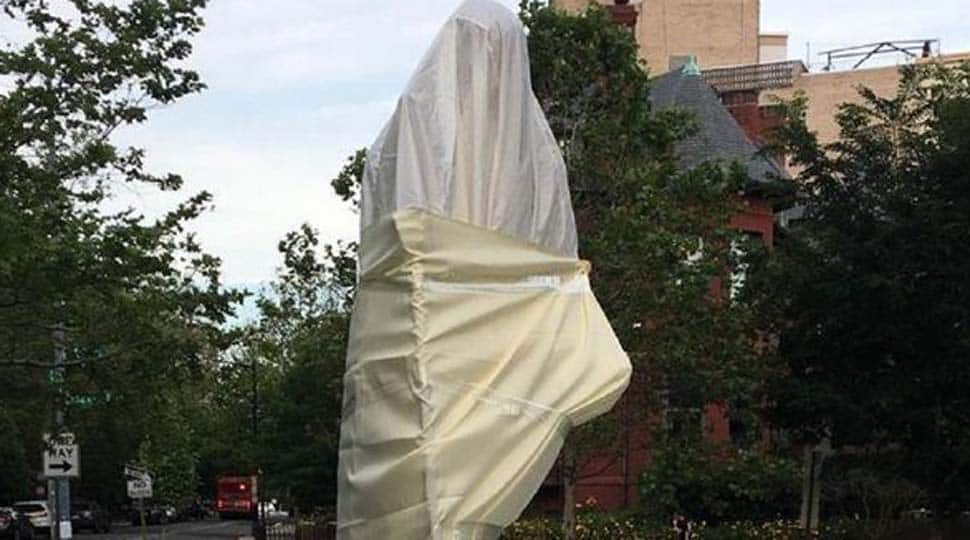 In a shocking development, Mahatma Gandhi’s statue outside the Indian Embassy in Washington DC was vandalised by some unidentified people involved in the ongoing protests against the death of black man George Floyd in the US on Wednesday (June 3). A probe into the matter has been launched by the United States Park Police.

Massive protests have erupted across the US to express outrage over the death of Floyd in Minneapolis city of the country. Floyd died on May 25 after a police officer in Minneapolis placed his knee on his neck even after he pleaded that he was unable to breathe.

For his part, US President Donald Trump has repeatedly maintained that the protesters are anarchists and has even threatened to call in Army to maintain law and order in the country. On Wednesday, President Trump claimed that his administration has done more for black people that Abraham Lincoln. "My Administration has done more for the Black Community than any President since Abraham Lincoln. Passed Opportunity Zones with Senator Tim Scott, guaranteed to fund for HBCU's, School Choice, passed Criminal Justice Reform, lowest Black unemployment, poverty, and crime rates in history," Trump tweeted.

Meanwhile, Former US President Barack Obama on Wednesday (June 4) thanked protesters across the US for coming out on streets to raise their voice against the death of black man George Floyd, and urged young African Americans to "feel hopeful even as you may feel angry", stressing that change is round the corner.

Referring to the protests over the killing of Floyd and the coronavirus COVID-19 pandemic, President Obama said in a speech that these events represent "the kinds of epic changes ... in our country that are as profound as anything I have seen in my lifetime."

"I know enough about that history to say: There is something different here," Obama said, referring to the protests of the 1960s. "You look at those protests, and that was a far more representative cross-section of America out on the streets, peacefully protesting, who felt moved to do something because of the injustices that they have seen. That didn't exist back in the 1960s, that kind of broad collation."