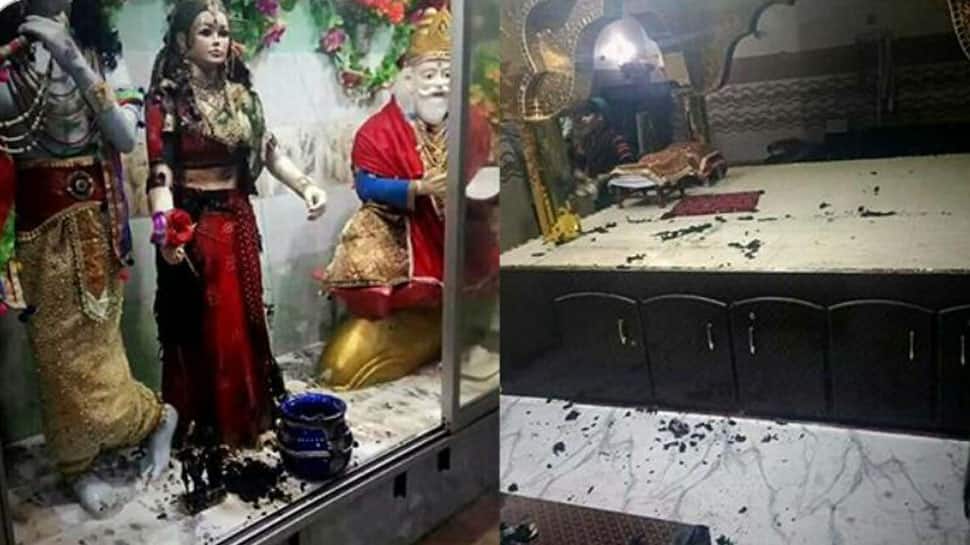 A Hindu temple was vandalised in Pakistan's Sindh province after miscreants set fire to holy books and idols inside the premises, leading to shock and fear among the community.

Taking cognisance of the matter, Pakistan Prime Minister Imran Khan asked the government of Sindh to take swift and decisive action against the perpetrators. He added that this is against the teachings of the Quran.

"The govt of Sindh must take swift and decisive action against the perpetrators. This is against the teachings of the Quran," said PM Khan.

The suspects entered the temple at around 6 pm (local time) and set fire to idols and three sacred books, including Bhagwad Gita and Guru Granth Sahib, which were kept in separate rooms. The fire destroyed the books and the idols. The miscreants then fled from the scene.

An FIR has been registered against the unidentified persons.

According to the TV report, children sounded the alarm about the fire and quoted a resident who said the miscreants vandalised the temple within 15 minutes. The police found fingerprints from the window of temple and have taken three persons into custody, said Vijay Kumar, in-charge of the temple, according to the report.

Surprisingly, there is no caretaker at the temple, located in a Hindu populated neighbourhood. The community believed that the place of worship was safe enough and it is situated near their respective houses. Also, the door has not been locked as many people come and visit the temple.

Taken aback, the Hindu community said it had not received any threats. Expressing concerns over the security of Hindu temples, Rajesh Kumar Hardasani, the adviser of the Pakistan Hindu Council, has urged for the constitution of a special task force for enhanced protection of other Hindu temples.

Condemning the attack, Hardasani said, “The task force should comprise of non-Muslims who should be deployed for the security of minorities’ religious places in order to avoid these kinds of incidents. This action has caused unrest among the Hindu community. These types of attacks are conducted in an attempt to disturb religious harmony across the country,” he added.