Pakistan Prime Minister Imran Khan and his delegation returned to New York after their plane developed a technical fault while they were heading back to Islamabad. 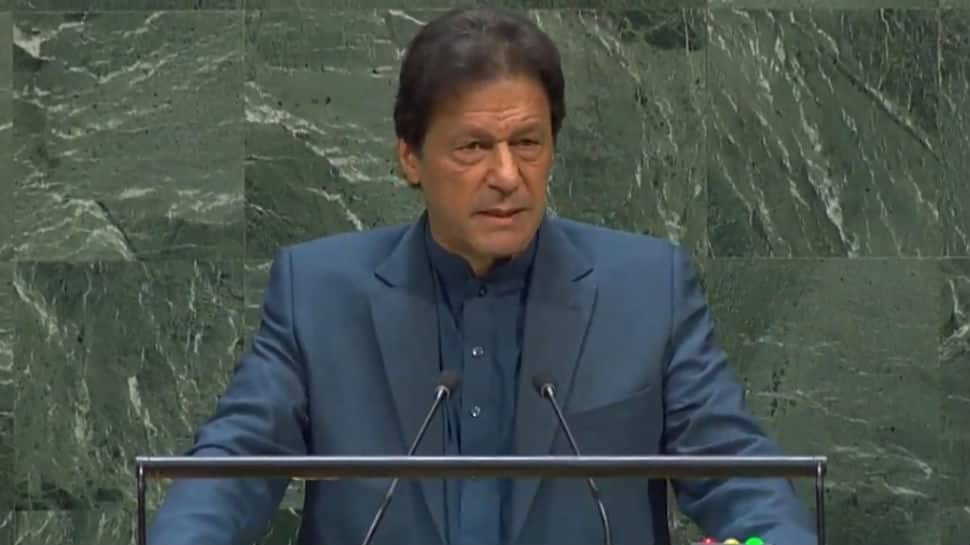 New Delhi: Pakistan Prime Minister Imran Khan and his delegation returned to New York after their plane developed a technical fault while they were heading back to Islamabad.

Imran and his team will stay at Hotel Roosevelt in New York on Friday night (Saturday morning in India).

Khan had taken off from New York's John F. Kennedy International Airport on Friday evening in a plane given to him by the Saudi Arabia government.

News agency IANS reported that Pakistan's Ambassador to UN, Maleeha Lodhi, who had earlier seen off Khan, rushed back to the airport.

Khan waited at the airport for some time while technicians tried to fix the fault, but more work was needed which they would try to complete it by Saturday morning. As per officials, if the plane was not fixed on Saturday morning, Khan would take a commercial flight back to Pakistan.

The Pakistan Prime Minister was in New York to attend the 74th session of the United Nations General Assembly (UNGA).

In his maiden appearance at the UNGA, Khan spoke for over half an hour with red light constantly blinking. He used the global platform to continue his anti-India rhetoric.

However, India sharply responded to Pakistan. After Khan's speech, India used the right to reply option and said Khan's threat of unleashing nuclear devastation "qualifies as brinkmanship not statesmanship".

"Will Pakistan acknowledge that it provides pension to listed terrorists?" India replied to the neighbour.