The HMS Defender left Russian waters soon after the incident, having ventured as much as 3 kilometres (2 miles) inside, the Russian ministry said. 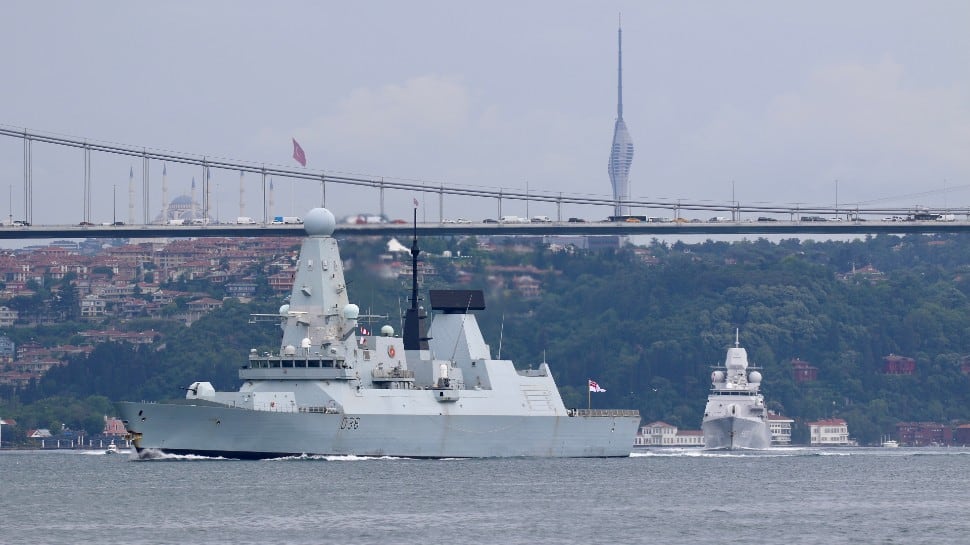 Moscow: A Russian military ship fired warning shots at a British Royal Navy destroyer after it entered Russian waters in the Black Sea, and a Russian jet dropped bombs in its path as a warning, Interfax cited Russia’s defence ministry as saying on Wednesday (June 23).

The British Ministry of Defence did not immediately respond to a request for comment.

The HMS Defender left Russian waters soon after the incident, having ventured as much as 3 kilometres (2 miles) inside, the Russian ministry said, adding that the confrontation took place near Cape Fiolent, a landmark on the coast of Crimea.

Russia annexed the Crimean peninsula from Ukraine in 2014 in a move condemned by the West which still considers it Ukrainian territory.

"The destroyer had been warned that weapons would be used if it trespasses the border of the Russian Federation. It did not react to the warning," it said.

A Russian bomber dropped four high explosive fragmentation bombs as a warning in the British destroyer`s path, according to the Russian ministry.