Police in Russia`s Far East broke up a long-running anti-Kremlin protest with force on Saturday, detaining 25 people according to local authorities, in response to what they called an illegal attempt to erect protest tents in a central square. 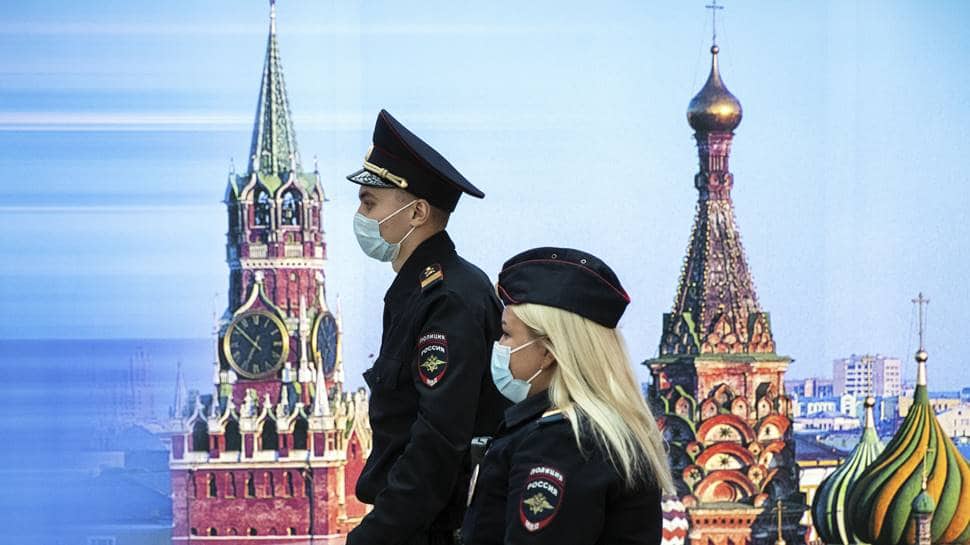 MOSCOW: Police in Russia`s Far East broke up a long-running anti-Kremlin protest with force on Saturday, detaining 25 people according to local authorities, in response to what they called an illegal attempt to erect protest tents in a central square.

The demonstrations, in the city of Khabarovsk, have been going on for the last three months against President Vladimir Putin`s handling of a regional political crisis.

Video footage on social media showed baton-wielding police wearing body armour hauling protesters away and dismantling tents as a woman screamed "What country do you live in?"

Residents of Khabarovsk, about 6,110 km (3,800 miles) east of Moscow, started holding weekly rallies after the July 9 detention of Sergei Furgal, the region`s popular governor, over murder charges he denies.

The protests have highlighted anger among some in the Far East over what they see as policies emanating from detached Moscow-based authorities who have neglected them for years.

Supporters of Furgal, who is a member of the nationalist LDPR party, say he is being punished for defeating a candidate from the ruling pro-Putin United Russia party in 2018. The Kremlin says Furgal has serious charges to answer.

Opposition politician Alexei Navalny, who is recovering in Germany from what Berlin says was an attack on him using a nerve agent, condemned police.

"The authorities in Russia are simply scoundrels," Navalny wrote on Twitter.

"When half of the people in Khabarovsk took to the streets, they hid like cockroaches. They waited three months, the number of people grew less, they grew bolder, and they then went out and began to beat people for no reason,” he said.

Tags:
Russiaprotest in russia
Next
Story