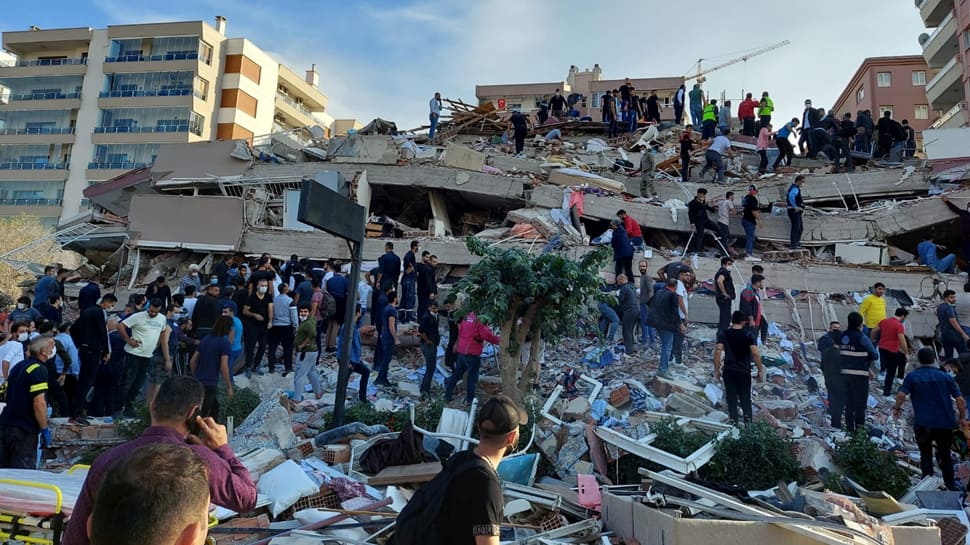 At least fourteen people were killed in Turkey and Greece after an earthquake of magnitude 7.0 on the Richter scale struck the Aegean Sea on Friday. The strong quake brought buildings crashing down and set off tidal waves which slammed into coastal areas and islands.

Turkey`s Disaster and Emergency Management Presidency (AFAD) said 12 people died, one due to drowning, while 419 people were injured, as reported by news agency Reuters. On the Greek island of Samos two teenagers, a boy and a girl were found dead in an area where a wall had collapsed. Search and rescue operations continued at 17 collapsed or damaged buildings, AFAD said. Izmir`s governor said 70 people had been rescued from under the rubble.

People ran onto streets in panic in the Turkish city of Izmir, witnesses told Reuters. Neighbourhoods were deluged with surging seawater which swept debris inland and left fish stranded as it receded. 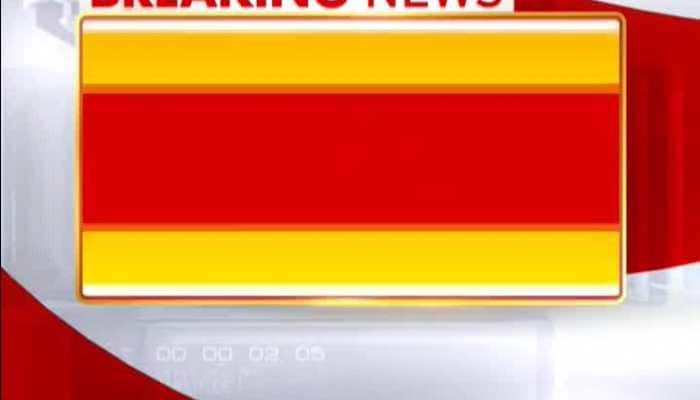 Ilke Cide, a doctoral student who was in Izmir`s Guzelbahce region during the earthquake, said he went inland after waters rose following the earthquake. "I am very used to earthquakes... so I didn`t take it very seriously at first but this time it was really scary," he said, adding the earthquake had lasted for at least 25-30 seconds.

"The quake's epicentre was in Greece. Izmir port town was affected. Some buildings damaged. Till now we have no information about any Indian casualty. Everyone safe," said the Indian embassy in Turkey.

Ismail Yetiskin, mayor of Izmir`s Seferihisar, said sea levels rose as a result of the quake. "There seems to be a small tsunami," he told broadcaster NTV. Footage on social media showed debris including refrigerators, chairs and tables floating through streets on the deluge. TRT Haber showed cars in Izmir`s Seferihisar district had been dragged by the water and piled on top of each other.

Idil Gungor, who runs a hotel in Izmir`s Seferihisar district, told broadcaster NTV that people were cleaning the debris after the floodwaters receded. She said fish had washed up on the garden of the hotel, around 50 metres from the shore. Residents of the Greek island of Samos, which has a population of about 45,000, were urged to stay away from coastal areas, Eftyhmios Lekkas, head of Greece`s organisation for anti-seismic planning, told Greece`s Skai TV.

"It was a very big earthquake, it`s difficult to have a bigger one," said Lekkas. High tidal wave warnings were in place in Samos, where eight people were also injured, according to a Greek official. "We have never experienced anything like it," said George Dionysiou, the local vice-mayor. "People are panicking." A Greek police spokesman said there was damage to some old buildings on the island.

Crisscrossed by major fault lines, Turkey is among the most earthquake-prone countries in the world. More than 17,000 people were killed in August 1999 when a 7.6 magnitude quake struck Izmit, a city southeast of Istanbul. In 2011, a quake in the eastern city of Van killed more than 500.

The leaders of Turkey and Greece - caught up in a bitter dispute over exploration rights in the eastern Mediterranean - spoke by phone and expressed hopes that both countries would see a speedy recovery from the quake, Turkey`s presidency said. President Tayyip Erdogan said Turkey was ready to help Greece if necessary, it added. Earlier, their foreign ministers spoke and said they were ready to help one another, Ankara said.

Cooperation between the two countries after the devastating 1999 earthquake led to a period of warmer ties between them. AFAD put the magnitude of the earthquake at 6.6, while the US Geological Survey said it was 7.0. It was felt along Turkey`s Aegean coast and the northwestern Marmara region, media said.