"It was a mistake and I offer my sincere apology," Commander of US Central Command General Kenneth McKenzie said. 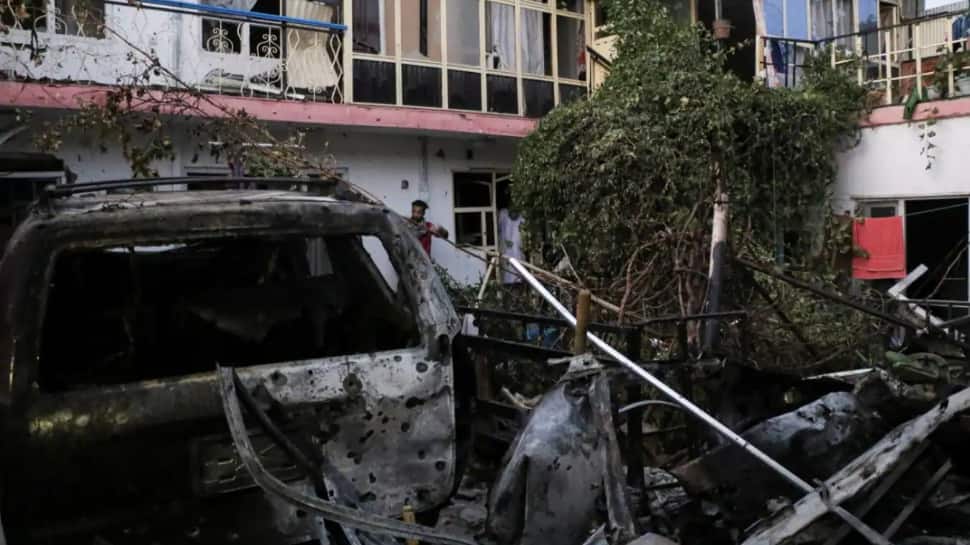 General view of a residence house destroyed after a rocket attack in Kabul (Photo: Reuters)
Share:
Written By:

New Delhi: The United States on Friday (September 17, 2021) accepted that their August 29 drone strike in Afghanistan's capital Kabul had killed 10 civilians including children. In a press briefing, Commander of US Central Command General Kenneth McKenzie said that their investigation now concludes that the strike was a 'tragic mistake'.

"Having thoroughly reviewed the findings of the investigation and the supporting analysis by inner agency partners, I am now convinced that as many as 10 civilians including up to seven children were tragically killed in that strike," the US Central Command Commander said.

ALSO READ | DNA Exclusive: Can US justify deaths of 10 civilians during airstrike in Kabul?

The statement comes after the Pentagon had claimed their self-defense unmanned over-the-horizon airstrike on a vehicle in Kabul had 'eliminated an imminent' ISIS-K threat to Hamad Karzai International airport.

US Central Command spokesman Bill Urban had also said that they are 'confident' that they have successfully hit the target.

It was a mistake

General Kenneth McKenzie has stated that it is unlikely that the vehicle and those who died were associated with ISIS-K or were a direct threat to US forces. "I offer my profound condolences to the family and friends of those who were killed. This strike was taken in the earnest belief that it would prevent an imminent threat to our forces and the evacuees at the airport," he said.

"But it was a mistake and I offer my sincere apology. As the combatant commander, I am fully responsible for this strike and its tragic outcome," the head of US Central Command added.

Kenneth McKenzie said that in the 48-hours prior to the strike, sensitive intelligence indicated that the compound was being used by ISIS-K planners to facilitate future attacks. "We were also receiving a significant number of reports indicating multiple avenues of attached which were being planned simultaneously. Through which ISIS-K would attempt to harm our forces including with rockets, suicide explosive vests and vehicle born improvised explosive devices," he said.

General Frank McKenzie, the head of U.S. Central Command said that a drone strike in Kabul last month killed as many as 10 civilians, including seven children, and apologized for what he said was a ‘tragic mistake’ https://t.co/hr83oizotB pic.twitter.com/w2oELuM2fB

"One of the most recurring aspects of the intelligence was that ISIS-K would utilize a white Toyota Corolla as a key element in the next attack. Because the compound was our strongest lead for this series of imminent attacks we initiated an intense surveillance of the compound with as many as six MQ-9 Reapers on the morning of 29 August," he added and gave further details about the air strike.

This is noteworthy that the strike came three days after an Islamic State suicide bomber killed 13 US troops and scores of Afghan civilians who had crowded outside the airport gates to secure seats on evacuation flights.

Following the suicide bombing at the airport, the US military had launched a drone strike in eastern Afghanistan and had claimed that it killed two Islamic State militants. The second, mistaken strike came as the US military was on heightened alert, with even US President Joe Biden warning that they expected more attacks on the airport.