This is the second time that Erdogan has raked up the issue of Kashmir. 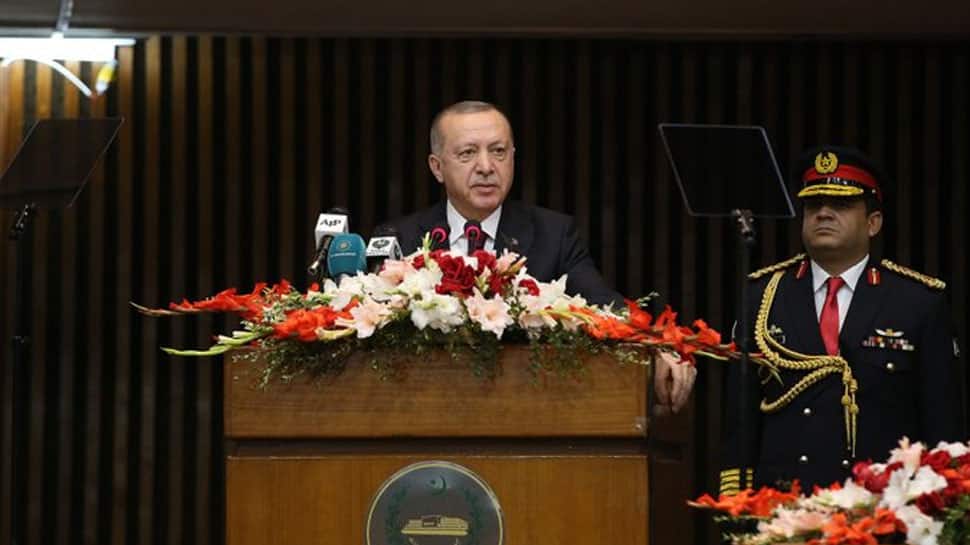 Turkish President Recep Tayyip Erdogan on Friday reiterated his country's support to Pakistan on its stance on the Kashmir matter. Addressing a joint session of Parliament in the Pakistani capital of Islamabad, Erdogan said that "the issue of Kashmir is as close to us as it is to you", according to Pakistani media Dawn.

This is the second time that Erdogan has raked up the issue of Kashmir. Earlier, on October 2019 Erdogan had openly raised the Kashmir issue at the United Nations General Assembly (UNGA). Turkey had alleged widespread human rights violations by India during his speech at the UNGA. In his speech, Erdogan had raised the issue of UN resolutions on Kashmir and alleged that "eight million people are stuck" in Kashmir due to revocation of special status.

On Friday, Erdogan stated that the Kashmir issue can be resolved on the basis of justice and fairness and not through oppression or conflict. "Turkey will continue to stand by justice, peace and dialogue in the resolution of the Kashmir issue," Dawn quoted him as saying.

In 2019, India had slammed the statement, with the MEA spokesperson Raveesh Kumar asking Turkey "to get a proper understanding of the situation on the ground" before making statements on the Kashmir issue which is "completely internal to India".

Extending its support to Pakistan ahead of the Financial Action Task Force (FATF) plenary meet Erdogan said, "We acknowledge Pakistan's contribution to fighting terror. It has been affected by the fight on terrorism in the region. Despite all the pressures, we assure that we will support Pakistan in FATF."

The FATF meeting will take place in France's Paris on February 16 (Sunday).