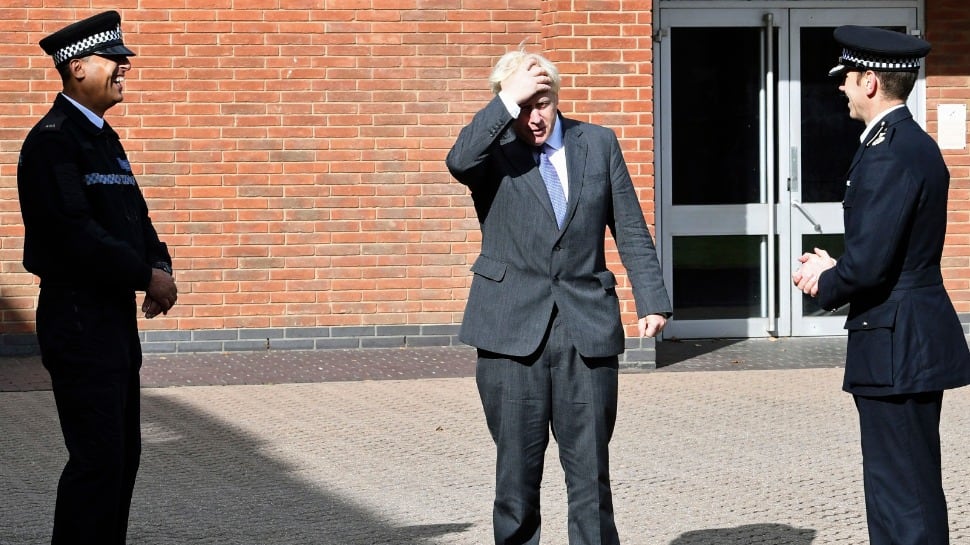 London: The United Kingdom Prime Minister Boris Johnson on Tuesday (September 29, 2020) publicly apologized for his statement on the new COVID-19 restriction rules in the North-East part of the country.

The Conservatives leader who had earlier reportedly misspoken about the new rule took to his official Twitter account and said, "Apologies, I misspoke today. In the North East, new rules mean you cannot meet people from different households in social settings indoors, including in pubs, restaurants and your home. You should also avoid socialising with other households outside."

Johnson who himself has been exposed to coronavirus added, "This is vital to control the spread of coronavirus and keep everyone safe. If you are in a high-risk area, please continue to follow the guidelines from local authorities."

This is vital to control the spread of coronavirus and keep everyone safe. If you are in a high risk area, please continue to follow the guidelines from local authorities. (2/2)

As per the new rules that come into effect from Wednesday midnight, the households will be restricted from mixing in indoor settings. This led to the confusion amongst general public whether the new rules included outdoor settings such as pub beer gardens.

"When asked if people in the North East can still meet people from other households outside, such as in a pub garden, Johnson said people should follow local guidance and urged them to use their common sense," read BBC News' report.

PM Johnson then went on to wrongly talk about the rule of six, which prohibits social gatherings of more than six people.

"In the North East and other areas where extra tight measures have been brought in, you should follow the guidance of local authorities - but it's six in a home, six in hospitality but, as I understand it, not six outside," PM Johnson was quoted as saying by BBC.

The rule of six says that apart from a set of limited exemptions including work and education – any social gatherings of more than six people will be against the law.

Meanwhile, UK's COVID-19 total has increased to 4,41,582, as per the data by Johns Hopkins University. The Uk which has been one of the worst coronavirus-hit countries in Europe has also witnessed 42,090 fatalities.