With Israeli planes renewed airstrikes in Gaza, the age-old cross border conflict between Israel and Palestine entered seventh day on Monday (May 17, 2021). 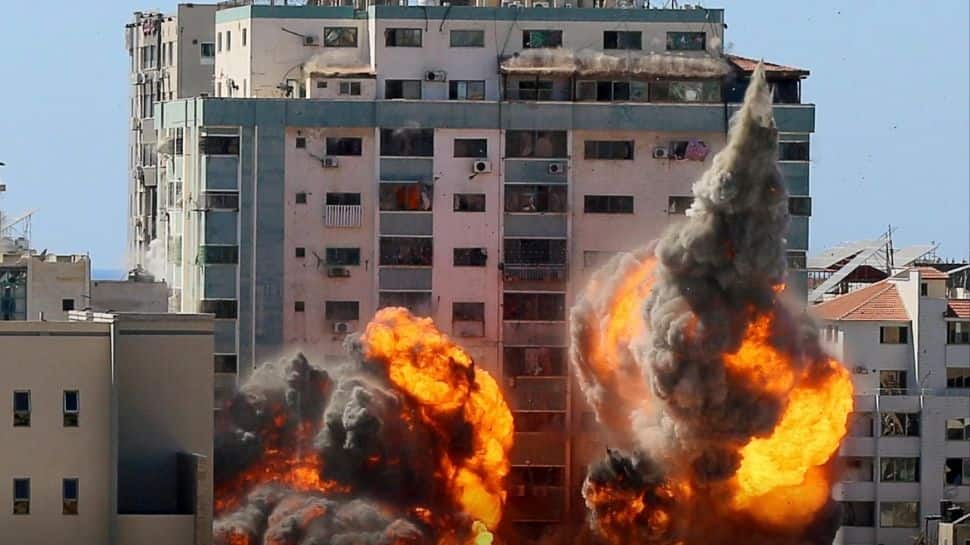 The death toll in Gaza jumped to 192, including 58 children, its health ministry said, amid an intensive Israeli air and artillery barrage since the fighting erupted last Monday, while ten people have been killed in Israel, including two children, Israeli authorities say.

The United Nations Secretary-General Antonio Guterres told the UN Security Council on Sunday that hostilities in Israel and Gaza were "utterly appalling" and called for an immediate end to fighting.

Opening the 15-member council’s first public meeting on the conflict, Guterres said the United Nations is "actively engaging all sides toward an immediate ceasefire" and called on them "to allow mediation efforts to intensify and succeed."

"Each time Israel hears a foreign leader speak of its right to defend itself it is further emboldened to continue murdering entire families in their sleep," Palestinian Foreign Minister Riyad al-Malki told the Security Council.

The truce efforts being made by Egypt, Qatar and the United Nations have so far offered no sign of progress in decelerating the age-old conflict. The United States sent an envoy to the region and President Joe Biden spoke with Israeli Prime Minister Benjamin Netanyahu and Palestinian President Mahmoud Abbas on Saturday as well.

On the other hand, US Secretary of State Antony Blinken discussed the violence in Israel, the West Bank and Gaza in phone calls with the Qatari, Egyptian and Saudi foreign ministers, the State Department said on Sunday.

Blinken and Qatar`s Sheikh Mohammed bin Abdulrahman Al-Thani discussed "efforts to restore calm in Israel and the West Bank and Gaza in light of the tragic loss of civilian life", the State Department said.

The Egyptian Foreign Ministry said in a statement that the two ministers agreed on "the importance of working to reach an immediate ceasefire between the two sides, and they also agreed to continue coordination in the bilateral framework, as well as in regional and international ones, regarding what is in the interest of the Palestinian people and reaching a ceasefire."

Israeli PM Netanyahu said Israel's air and artillery barrage had eliminated dozens of Hamas militants and taken out "hundreds" of the Islamist militant group's sites including missile launchers and a vast tunnel network.

"The party that bears the guilt for this confrontation is not us, it's those attacking us," Netanyahu said in a televised speech.

"We are still in the midst of this operation, it is still not over and this operation will continue as long as necessary," he said.